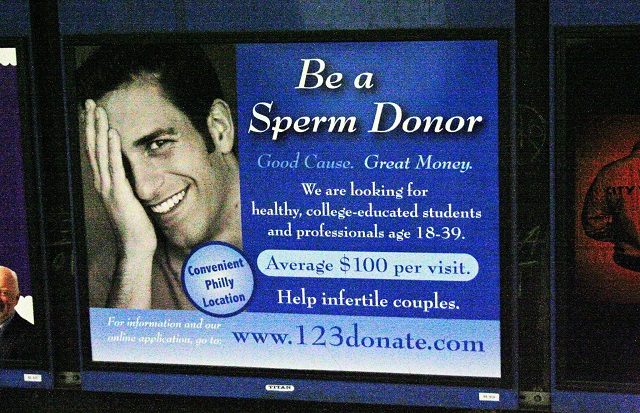 Part One – Male fertility is plummeting

Around one in six Australian couples meet the World Health Organisation definition of infertility (unable to conceive after 12 months of unprotected sex).  And in about half of those cases it is because the male is infertile. This is the first in a series of articles examining how seed oils affect our reproductive organs (and the disastrous potential consequences for our children).

A sperm count is an old fashioned, but still highly reliable way of measuring a man’s ability to produce children.  Anything over 100 million sperm cells per ml is considered a premium vintage and anything under 15 million means the man is very unlikely to reproduce.  The only trouble is that men with high octane semen are getting harder and harder to find.

In 1992 researchers from the University of Copenhagen published a study of sperm quality trends over the preceding half century.  After reviewing 61 trials, the scientists came to the shocking conclusion that average sperm count had halved in just 50 years (from 113 million in 1940 to 66 million in 1990).

An even more comprehensive analysis of almost 27,000 French men published in 2005 confirmed the trend is continuing.  In that study average sperm counts dropped from 74 million in 1989 to 50 million in 2005 (a rate of 1.9% a year).  If that rate of decline continues, there will be no French men capable of making babies by 2072. 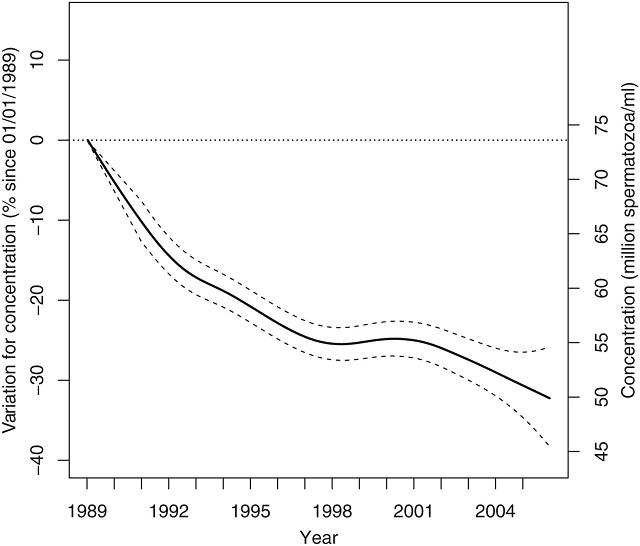 Similar numbers and rates of decline are now being reported in all Western countries (although alarmingly at a decline of 3% a year, Australia is at the high end).   But in one country, the sperm count disaster makes the French look pretty damn virile.

Sperm banks in Israel are reporting that there is an alarming drop in sperm quality amongst Jewish inhabitants. Those that would have rejected about a third of applicants in the 1990s (because of low sperm count) are now turning away 80 to 90%.  With a measured rate of sperm count decline approximately twice that of any other Western country, experts are predicting that by 2030, average Jewish Israeli sperm counts will drop to a level where reproduction is likely to be impossible.

There are as many theories about why this is happening as there are scientists researching the problem.  Perhaps it is the increased levels of oestrogen in the diet, perhaps it is exposure to pesticides or perhaps it is the use of BPA plastics.  But only one has produced convincing evidence of causation – dietary omega-6 fat consumption.  And that evidence goes a lot further than noticing that Israel is the highest consumer of omega-6 fats in the world.

Omega-6 fat is the dominant fat in the ‘vegetable oils’ used in every processed food.  These oils are not made from vegetables at all.  Rather they come from seeds (like Canola or Rapeseed, Soybean, Sunflower, Safflower, Rice Bran and Grape).

Unlike other kinds of fat, humans cannot make Omega-6 oils.  We need them to properly run our immune system and (just like Omega-3 fats) must get them from plants that we eat.  Fortunately, we don’t need much and we are more than capable of getting everything we need from normal unprocessed food.

Less fortunately (a lot less fortunately), Omega-6 based seed oils are the fat of choice for the processed food industry (because they are a lot cheaper than fats from animals and exotic fruits like olives, avocados and coconuts), so Western consumption of Omega-6 fats has at least tripled in the last century.  And as a consequence, the ratio of Omega-6 fats to Omega-3 fats has soared from about 3:1 to 26:1.

We’ve known for some time that in experimental animals, high omega-6 fat consumption lowers sperm count and significantly impairs the quality of those that remain.  But a 2009 study in humans has taken that research one step further.

In that study, 82 infertile men were compared with 78 (proven) fertile men.  Detailed profiles of the fatty acid makeup of each man’s semen were prepared.  The results were unequivocal.  Infertile men had a significantly higher ratio of Omega-6 to Omega-3  (15 to 1 versus 6 to 1 in fertile men).  And critically, the higher the omega-6, the lower the sperm count.   The amount and ratio of Omega-6 also dramatically and negatively affected the other two primary measures of sperm quality, the motility (ability to move) and morphology (the shape).

It is likely that the reason for the sperm cell destruction relates to rampant oxidation caused by the overconsumption of omega-6 fats.  Unfortunately, that kind of oxidation damage leads to the wholesale DNA destruction that can result in cancer.  That direct effect on testicular cancer rates is the subject of the next instalment in this series.

Get all the studies and articles mentioned in this series here.

Photo by Mobilus In Mobili. Distributed under the Creative Commons License.