Do we really want our Nutrition advice sponsored by the Food Industry?

The Dietitians Association of Australia (DAA) is just like a union for dietitians. And like all unions, its priority is to represent the interests of its members. So when it starts handing out advice on what to eat we should be cautious. We should be especially cautious when that advice is funded by some of Australia’s most powerful food companies.

In Australia there is nothing to prevent anybody declaring themselves to be a dietitian (or a nutritionist). The barrier to entry is the price of a stack of business cards.

Other professions have managed to protect themselves (and their customers) by requiring qualifications and the observation of professional standards. Some professions have even managed have the barriers enforced by law (because when a lawyer or a doctor stuffs up the results can be catastrophic).

One of the primary roles of the DAA is to perform this ‘professional’ function for dietitians. It has created a certification process which produces Accredited Practising Dietitians (APD). And it has successfully lobbied to ensure that Medicare and private health fund rebates are only payable for APD services. In short their message is, make sure your dietitian is an APD.

One of the main sources of work for APDs is referrals from doctors (often just after they diagnose you with pre-diabetes and advise you to adjust your lifestyle). The nature of the work is telling people what they should eat. So a food company would be mad not to help the DAA. And help they certainly do.

The DAA’s list of corporate sponsors reads like a who’s who of the Australian food industry. Kellogg’s, Nestle, Unilever (the maker of Street’s Ice Cream and Flora margarine to name a couple of its brands), Nutricia (baby formula makers), Jalna yoghurts and the Meat and Livestock Association all feature prominently on the list of corporate ‘partners’.

That corporate support is significant. The DAA’s annual report reveals that (in 2009) advertising and sponsorship ($686,249) was the third largest source (after membership dues, $1.5m and seminar fees $833k) of revenue for the association. If the money from the food industry weren’t there, it’s likely each of the 4,100 members of the DAA would be facing considerably higher fees.

The DAA’s partners help with much more than mere cash. For example, Kellogg’s is a big supporter of the DAA’s (or is it the other way round?) National Breakfast Week, a campaign to ensure we eat breakfast (guess what features prominently). Kellogg’s also helps run the DAA Media Program, which “seeks to provide accurate nutrition and health information to the Media.”

The DAA’s policy on accepting sponsorship is that it “will not be influenced in any statements, positions or opinions by its commercial agreements.” And we would expect no less, but the same policy adds a somewhat cynical twist by saying that that DAA will take on sponsorship only where the “benefits for DAA outweigh any assessed risks.”

The fructose half of sugar is a dangerous (and addictive) addition to our diet that helps to sell many of the products made by the DAA’s corporate supporters. So what is the DAA’s position on sugar?

In May this year, a DAA press release trumpeted “Sweet truths: Eating sugar may not make you fat.” The release reported on a ‘study’ presented to DAA’s annual conference by DAA spokesperson, Dr Alan Barclay.

Dr Barclay reported that “consumption of fructose has decreased by nearly 20 per cent in Australia since the early 1970s, while overweight and obesity has doubled.” He went on to say “Much to everyone’s surprise, it looks as if, unlike in the US, sugar is not the culprit here …”

What the DAA’s press release did not say was that Dr Barclay is employed by Glycemic Index Ltd, an outfit that collects a royalty on CSR sugar sales. The DAA also neglected to mention that the sugar consumption figures presented by Dr Barclay stand in stark contrast to similar numbers maintained by the Australian Bureau of Agricultural and Resource Economics (a government department). ABARE seems to think that Australian domestic sugar consumption has more than doubled since the mid-eighties.

I suspect Dr Barclay would say his employer’s relationship with CSR doesn’t influence his view of the science about sugar. And I’m sure the DAA would say the same about all of its sponsors. But I prefer messages about the safety of sugar not to be sponsored by the folks who make billions out of selling it.

Australians don’t like people in positions of trust accepting kickbacks. We constantly worry whether drug companies are trying to influence our doctors. We demand that lawyers refuse to act on both sides of a real estate purchase. And we even get our undies in a twist at the thought of our PM accepting a dodgy ute.

We trust the DAA (and our Medicare and health insurance premiums pay its APD’s) to tell us what to eat. In that context, accepting significant payments from the food industry is a flagrant conflict of interest.

I don’t know whether the DAA just hasn’t caught up with its reading on sugar or whether the money is colouring its advice. But the existence of significant food industry sponsorship should cause all Australians to discount anything the DAA says about nutrition. And that is a disgraceful state of affairs for Australia’s “peak body of dietetic and nutrition professionals.” 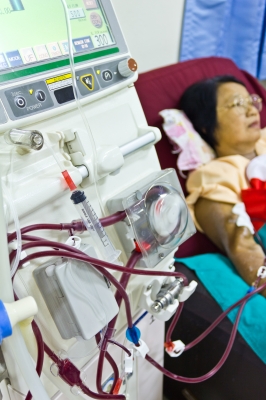