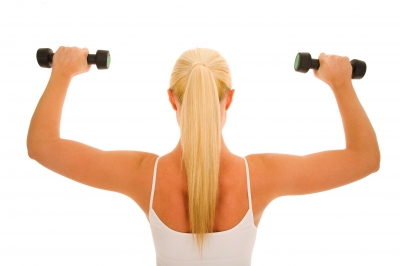 The first law of thermodynamics says that energy can’t be created or destroyed. Many people (wrongly) think Sir Isaac Newton worked this one out, but it seems it was more likely a Welsh lawyer (score one for the lawyers!).

It’s a law about physical forces that unifies a lot of previous theories that related to heat and mechanical energy. In the nutrition and diet industry, it usually looks more like “energy in must equal energy out” or just “the energy balance equation”. They will even sometimes do an actual equation (I guess to make it look more scientific).

The First Law has been hijacked by the nutritionista because it kinda sounds like it should apply to dieting. As a result it is used more today in human nutrition than in any other domain of human endeavour. The First Law is quoted every time you watch or read any information on diet products, exercise or weight loss programs. And the government throws it your face even more regularly than that.

We are told the only way we can lose weight is to either consume less energy (calories) or burn more energy (by exercising). Fat has almost twice the calories per gram as protein or carbohydrate. This is why fat is often the target of calorie restriction hysteria. Gram for gram you can eat almost twice as much of a carbohydrate and not unbalance your equation.

Sounds logical, right? And I guess that’s why this simple message has so much traction with advertisers.

The only problem is that it is utter nonsense.

The First Law certainly says that when we gain weight there will be an accompanying increase in the number of calories consumed (or decrease in the number burned). It is an equation and in equations each side must equal the other, but that does not necessarily mean that increased calorie consumption causes the weight gain.

It is equally logical to say that gaining weight is the driving force in the equation. In other words, weight gain causes us to consume more calories.

When a child grows they increase their body size and weight. These growth-hormone driven changes cause the child to consume more calories, not the other way around. Not even the most rabid nutritionist would suggest that feeding a 10 year old like an 18 year old would help you get past those awkward teenage years more quickly.

Growth happens because our hormone clock says it should. Calorie consumption just keeps up (so that the energy balance stays, well, … balanced). We are perfectly happy to explain the equation that way when we talk about people who grow vertically. We’re even happy to accept that pregnant women gain weight (other than the baby of course) because hormones tell their bodies to fill the baby-pantry.

Eating is the way we put on weight, it isn’t the reason we put on weight. When a car accelerates, it does so because it has access to more petrol. The petrol doesn’t cause the acceleration, but it does enable it.

But for some reason when Norm grows horizontally, causation is magically reversed. Nutritionists lurch from physics into psychiatry and the cause suddenly becomes greed or sloth (or both).

Just like height gain, weight gain is caused by hormones, but this time it is hormonal dys-function. The fructose half of sugar causes us to become resistant to our main appetite suppression hormones (insulin and leptin). When this happens our appetite is not shut-down when it should be and we just keep eating. And just like a Toyota with a stuck accelerator, our weight accelerates out of control.

Once we understand that weight gain is caused by hormonal dysfunction (a stuck accelerator) many (previously) mysterious things become clear.

A diet that asks you to consume less calories by exercising willpower is doomed to failure. Imagine how successful you’d be if you asked a child to exercise some willpower and stop growing. Fighting hormones with willpower is about as effective as paddling upstream with a barbed-wire paddle. Perhaps this is why the best indicator that you will be heavier in five years is being on a diet now.

Lap band surgery restricts the fuel supply without the need for willpower. It’s like clamping a fuel line in the car analogy. Less fuel gets through for a given squeeze of the accelerator. But our bodies are nothing if not adaptive, so they just ramp up the demand for calories (they push harder and longer on the accelerator). Perhaps this is why a lap-band driven ‘remission’ lasts only 10 years (at best).

Exercise burns so few calories that very few people can commit the time (or willpower) required for it to seriously affect energy balance. But even if they could, using more energy just increases the demand for energy (any gym junkie could tell you that). Lumberjacks eat more than office workers because they exercise more.

Diets, surgery and exercise do not affect the cause of weight gain (which is the hormonal dysfunction created by fructose) and so, they don’t work. Yet they remain the only targets of the billions spent ‘combating’ obesity in this country. All because the nutritionista hold true to a law of physics which has been misapplied to nutrition for the past 60 years.

When nutritionists first started guessing what made us fat, only one of the four major appetite hormones had been discovered. Then, it was (almost) acceptable to squeeze the square peg of a physics law into the round hole of human biochemistry. But those days are long gone and so too should be our tolerance for that kind of guesswork.

Many careers have been built on propagating this nonsense and there are many who will fight hard to protect it. But that should not be an excuse for inaction in the face of a human health disaster of truly epic proportions (pun intended).