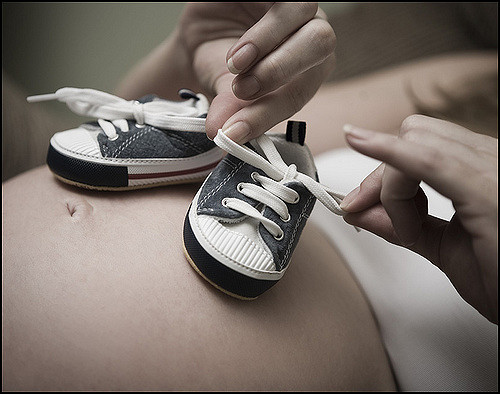 40 is the new 21.  Half a century ago, the average kid was done with school by 15, married and settled into their first house by their early twenties and producing their own kids shortly thereafter.  Now if you have had your first child by 30 you are doing well.  But when it comes to fertility we are constrained by biology.  21 is still the new 21.  And it’s a pretty good age to have kids (from a purely biochemical perspective).

Human reproductive systems work best when they are young. 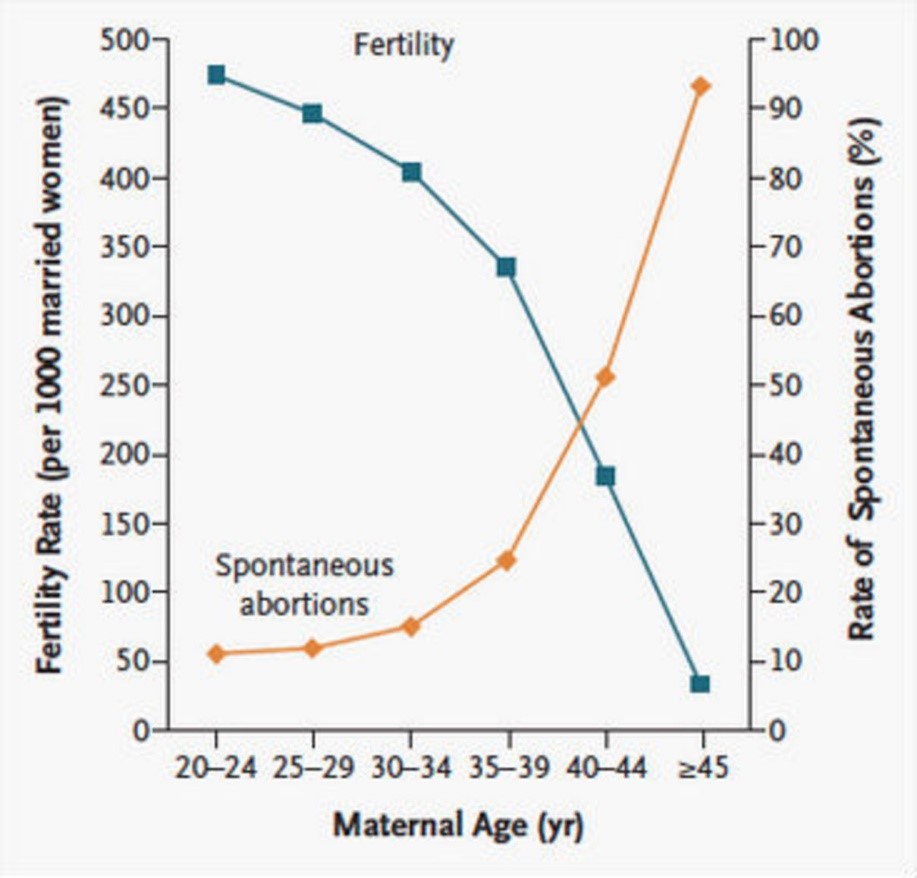 A woman is born with the last egg she will release before menopause.  This makes that egg one of the oldest lived cells in the human body (at the time it is released) and as such, one of the cells most likely to accumulate damage to its DNA.  Two of the body’s defense mechanisms against this sort of damage are infertility and miscarriage.  As a woman’s age increases, her chances of becoming pregnant decline rapidly and her chances of having a miscarriage increase dramatically.

A similar defence mechanism is at work in men.  As a man ages the quality of the sperm he produces drops significantly.  Men over 40 have three times the DNA damage and consequently are less than half as likely to conceive (when compared to younger men).

We can accelerate the rates of DNA damage with oxidative stress.  And vegetable oil consumption is a powerful driver of that.  Vegetable oils made from seeds and legumes (Sunflower, Canola, Rice Bran, Grapeseed, Soybean, Peanut and Cottonseed) are very high in a type of fat (omega-6 polyunsaturated fat) which drives oxidation in the human body.

That oxidation destroys sperm quality and causes massive damage to sperm DNA. But our defences will normally kick in and the defective sperm are killed off.  If those defenses fail (or are circumvented), sperm with damaged DNA can get through.

As parental age and vegetable oil consumption increases and fertility decreases, couples are increasingly seeking help with conception.  This involves the use of assisted reproductive technologies (ART).  In particular, the use of ICSI, the method used to address male infertility, has exploded. 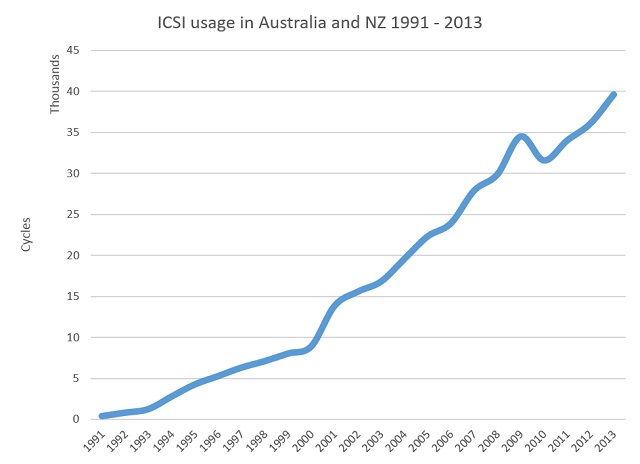 ICSI injects one sperm directly into an egg and so overcomes low sperm count and poor motility (movement and speed) problems.  In other words, it works around the very things which the body is using to eliminate sperm which are less likely to produce healthy babies.

Of course ICSI doctors only select sperm which look healthy but at the moment there are no reliable tests for the type of damage to sperm DNA caused by oxidative stress. So when we deliberately circumvent our failsafe systems, the chances of childhood diseases (attributable to DNA damage) increase considerably.

One recent large study in Sweden demonstrated that the risk of Autism in ICSI births was up to 4.6 times as high (and mental retardation 2.3 times as high) as with an unassisted pregnancy.  Similarly, a large Norwegian study published in February 2016 revealed there is a 67% increased risk for childhood leukemia in ART children. And a 2014 study showed there was 33% increase in schizophrenia in ART conceived children.

These studies are all from Scandinavia, because, unlike Australia, Northern Europeans keep high quality long term statistics on birth outcomes from ART.  The exception here is Western Australia, the only state with a statutory register of ART treatments and outcomes.  And even accounting for the relatively small size of their datasets, the same patterns are emerging.  The risk of serious birth defects in ART children is approximately double that in unassisted conceptions.

Horrifically, in treating the obvious symptom of oxidation – declining fertility – with technology, we are end-running our body’s attempts to stop the suffering that sperm oxidation can cause.

Unfortunately, there are strong financial incentives to keep doing so.  The Australian ART market is worth $400 million dollars a year and is generating strong and growing profits.  Which is surprising given ART doesn’t work that well for most of its customers.  More than 72% of fresh cycles for women under 30 (and 98.8% for women over 44) will not result in a live birth.  Combine the accelerating profits from ‘treatment’ with the profits to be had from using cheap vegetable oils in our food and we are caught in a pincer movement of market forces working against a solution to the disease epidemics we now face.

The ART industry’s response to those statistics, and the increasing risks our children face, is that schoolgirls should be told to freeze their eggs when they are young.  But I reckon if we’re going to be telling schoolchildren (of both genders) how to manage their fertility then how about we start with – Don’t Smoke, Don’t Eat Vegetable Oil and don’t delay having children (once you decide you want them).

Photo by Ⅿeagan. Distributed under the Creative Commons License.

This is the final part of a five part series.  To see Part One click here.

Get all the studies mentioned in this series here 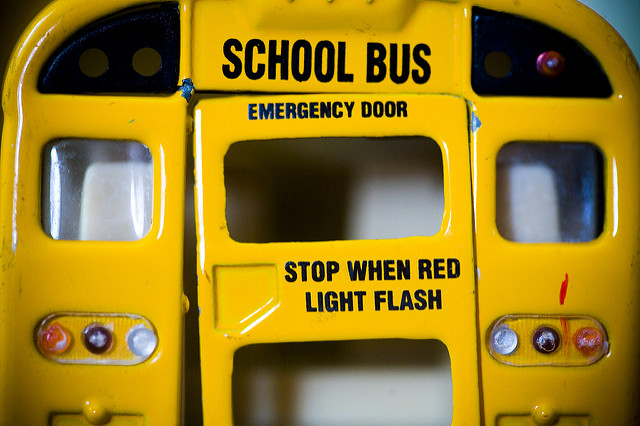