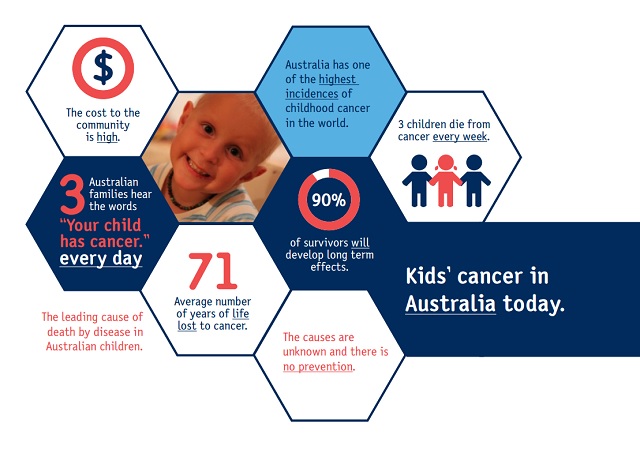 We are massively overconsuming Omega-6 fats. This is largely because we eat too much ‘vegetable oil.’  The dangerous varieties of vegetable oil don’t come from vegetables.  They are the oils extracted from seeds like Canola, Rice-Bran, Grapeseed, Sunflower and Almonds or legumes like peanuts and soybeans.  And we are eating too much of them (usually without even being aware of it) because these incredibly cheap oils dominate the 21st century food supply.

If you purchase anything to eat outside the home, almost all the fat components will be these oils. The mayo on your takeaway sandwich will be made from sunflower oil (as will the margarine).  Anything fried will have been cooked in cottonseed or canola oil (no matter how flash the joint you purchased it from).  All the breads and pastries will have been made using seed oils and so will all the dressings, dips and sauces.

In Part One of this series I showed how rampant oxidation caused by the omega-6 fats in these oils destroys male fertility by lowering sperm count and quality.  And in Part Two I showed how the same process also significantly increases risk of testicular cancer.

Make no mistake, we are in the midst of an unprecedented decline in our ability to reproduce and that decline is driven by the profits from cheap vegetable oil laced foods.

The oxidative stress caused by the Omega-6 fats doesn’t simply disrupt the fertilizing capabilities of sperm, it also attacks the integrity of the DNA carried by the sperm.  Normally a cell which is so damaged that its DNA is fragmented by oxidation will not function at all.  Unfortunately, this is not the case with sperm.  Human sperm retain the capacity for fertilization even when their DNA are severely damaged.

We know this for certain because of studies done in men who smoke. And even though those studies have shown smokers are much less fertile than non-smokers, they are not always infertile.

The sperm of those smokers who remain fertile have DNA that has been damaged by oxidative stress (caused by the inhalation of chemicals which promote oxidation).  And because DNA-damaged sperm are still able to create viable embryos, the consequences can be cataclysmic.  We have known since at least 1997 that the children of fathers who smoke heavily are four to five times as likely to develop childhood cancers.

The studies also clearly show that omega-6 fat consumption is at least as powerful a source of oxidation as smoking.  Given that, we should expect childhood cancer to be increasing in societies (like Australia) where vegetable oil consumption is at its highest level ever (and increasing).

Childhood cancers are defined as those diagnosed before the child turns 15.  Together, leukaemia (blood cell cancers), brain tumours and lymphomas account for more than two thirds of all childhood cancers, but leukaemia is by far the most common.

One in 500 Australian children will develop cancer.  That’s 2 new cases every day.  Two children every day!  Three Australian kids die from cancer every week.  It is a devastating blight upon our community and it is getting much worse very quickly.

With most cancers we only have reliable statistics on incidence (new cases every year) going back to the early eighties in Australia and only slightly earlier in the UK and the US.  But sadly, because until the early 1960s, leukaemia was a certain death sentence, mortality statistics are a reasonable proxy.  And those go all the way back to 1911.  It is not a pretty picture. 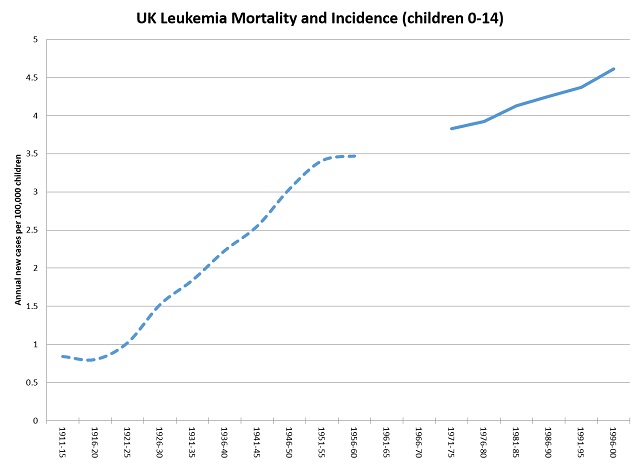 Children in the UK are now 6 times more likely to suffer from leukaemia as children just one hundred years ago.  Modern Australian statistics show identical trends.  And while smoking undoubtedly played its part in pushing that rate up in the middle of the century, the rapid reduction in smoking rates has done little to slow the rapid growth.

The good news is that at an individual level the science suggests it is very easy to change these outcomes.  Men produce a completely new set of mature sperm every 90 days.  This means that we can massively reduce the chances of genetic damage in our children by simply abstaining from vegetable oils (and smoking) for 3 months before we get anyone pregnant.

Unfortunately, it is not just genes implicated in cancer which are being affected.  In the next part I will be looking other types of oxidation induced genetic damage in offspring.

Infographic from The Kids’ Cancer Project