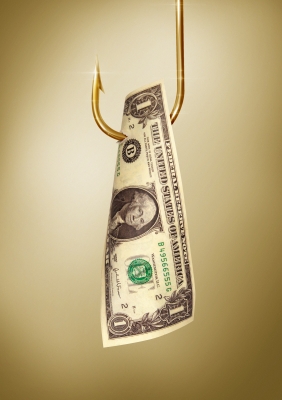 Over the last three decades we’ve been continuously told that to avoid heart disease, obesity, Type II Diabetes and even cancer, we need to shun animal meat and eat fish.  Fish is supposed to be terrific because, not only does it not contain all those nasty saturated fats (which, by the way, is not true), it has loads of Omega-3 fats, the so called ‘good fats’.  Unfortunately this is now dangerously bad advice.

Over 80% of the meat sold in Australian supermarkets is from feed lots.  These beasts spend their lives eating bird seed rather than the grasses on which they evolved.  The result is animal fat which is very high in Omega-6 fats and which contains almost no Omega-3.   These two fats are called essential fats.  They are ‘essential’ because we can’t make them ourselves.  We need 1.5g of each a day from our food.  And we could get that just by eating a couple of cheese sandwiches.

The perverted heart health advice of the last half century has driven a mass replacement of animal fats with man-made ‘vegetable oils’ (like Sunflower, Canola and Soybean).  Omega-6’s are the primary fat in vegetable oils and because those oils are now part of every single processed food on the supermarket shelves, we are well and truly (over) supplied with them.  Omega-3’s are however considerably harder to come by.

When our Omega-6 and Omega-3 supplies get out of balance, very bad things start happening. Things like macular degeneration, heart disease, rheumatoid arthritis, Parkinson’s disease and cancer.  The ratio is best if it’s 1 to 1 and will work ok even at 2 (Omega-6) to 1 (Omega-3) but are currently as high as 25 to 1. We’re told the cure to this imbalance of essential fats is to eat fish.

We have heeded the call.  Since 1975, we have doubled our per capita consumption of fish.  The only way fish suppliers have been able to keep up with that kind of explosive demand is to invent a whole new industry, fish farming.  And just like the cattle in feed lots, our farmed fish are increasingly being fed seeds, with devastating effects on their Omega-3 levels.

Fish, being vertebrates just like us, are no more capable of making Omega-3’s than we are.  Just like us, they need to get them from their diet.  If they are carnivores (like Salmon and Barramundi) that means eating herbivorous fish that’ve been chowing down on seaweeds and algae high in Omega-3.

If the fish was wild caught, it will have the expected supply of Omega-3 on board.  Nature’s like that, it just works (as long as we leave it alone).  If however the fish is farmed, then all bets are off.

The only economical way to ensure that farmed carnivorous fish get their Omega-3’s is to feed them wild caught fish oil (think of it as Omega-3 capsules for fish). It takes about 5kg of wild caught (but otherwise unsaleable) fish to produce 1kg of farmed eating fish.

In 1950 this wasn’t a problem.  There were barely any fish farms and there was an abundance of wild caught fish.  But in the last 60 years the aquaculture industry has been experiencing explosive growth, driven in no small part by us all being told we need to eat more fish.  Now, about half of all fish consumed (by humans) globally (and Australia is no exception) is farmed rather than wild caught.

In 2006, 87% of all wild caught, fish oil was fed to farmed fish and it is likely that we maxed out the available supply in around 2010 (public figures on this stuff are very murky).

But don’t worry, the fish feeders have a solution, just mix in vegetable oil instead.  Increasingly, fish feed is being constructed with the very same seed oils (vegetable oils) that now infest the remainder of our food supply.  The very same Omega-6 rich oils that (at least) double the rate of cancer and cause rheumatoid arthritis and macular degeneration (to name just a few delights) is becoming an integral part of what we mistakenly assume to be our primary source of Omega-3.

The industry has seen the problem coming for some time and since 1990, the number of studies on the effects of using seed oils in fish feed has grown exponentially.  Many of the studies have shown that substitution of seed oils makes the fish more prone to infectious disease and stress as well as stunting their growth and increasing the production of the types of cholesterol responsible for heart disease (oxidised VLDL). In other words the same stuff happens to them as does to us, but aquaculture researchers are far less coy about calling a spade a spade.

But worse even that that, when fish fillets from seed oil-fed and fish oil-fed fish are compared, in general the amount of Omega-3 has halved (and is sometimes considerably less) and the Omega-6 fats have increased 5-fold.  The seed oils destroy the very reason we are told to eat fish in the first place.

While you might think you’re upping your Omega-3 ratio by chomping on fish and chips every Friday night, the chances are you’re really just eating even more Omega-6.  So if you think you’re eating fish because it contains healthy fats, think again, Big Food has gotten to that too.  Most farmed fish is now no better for you than seed oil it’s usually fried in.  Unless you caught it yourself, you’d be better off avoiding it.

Grass fed animals have exactly the right fats in exactly the right ratios.  It is only because health authorities decided to demonise that food source that we obsessively seek out supposedly more healthy fish.  Putting aside the ethics of using finite and declining wild caught fish stocks (with food-grade potential) for animal feed, the criminally negligent advice which drives us to seek out fish as health food must change and it must change now.   Because, while it will eventually wipe out the fish, it will wipe us out first.

A little extra bit: A Consumer New Zealand investigation shows farmed salmon, which is sold as fresh and smoked products in supermarkets, has significantly less Omega-3 than that claimed on the label. 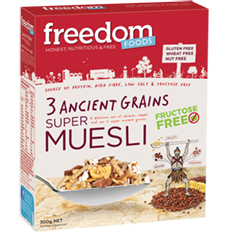