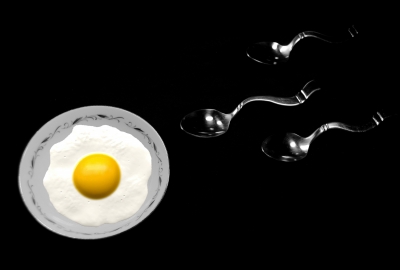 Sperm counts are dropping rapidly in all Western countries.  In one, the situation is so dire that finding a man who is capable of reproducing is likely to be impossible by 2030.  For the rest of us, that reality is not that much further into the future. New science suggests the cause is clear and the solution is even clearer.  Don’t let men (or boys) eat vegetable oil.

A sperm count is an old fashioned, but still highly reliable way of measuring a man’s, well, potency.  Anything over 100 million sperm cells per ml is considered a premium vintage and anything under 15 million means the man is very unlikely to reproduce.  The only trouble is that men with high octane semen are getting harder and harder to find.

In 1992 researchers from the University of Copenhagen published a study of sperm quality trends over the preceding half century.  After reviewing 61 trials, the scientists came to the shocking conclusion that the average sperm count had halved in just 50 years (from 113 million in 1940 to 66 million in 1990).   Yep, men really were more manly in the olden days.

An even more comprehensive analysis of almost 27,000 French men published in 2005 confirmed the trend is continuing.  In that study average sperm counts dropped from 74 million in 1989 to 50 million in 2005.  If the decline continues at the same rate, there will be no French men capable of making babies by 2072.  And no matter how you feel  about the French, that is a catastrophe of unprecedented scale.

Similar numbers and rates of decline are now being reported in all Western countries (although alarmingly at 3% per annum, Australia is at the high end).   But in one country, the sperm count disaster makes the French look pretty damn virile.

Sperm banks in Israel are reporting that the alarming drop in sperm quality amongst Jewish inhabitants. Sperm banks that would have rejected about a third of applicants in the 1990s (because of low sperm count) are now turning away 80 to 90%.  With a measured rate of sperm count decline approximately twice that of any other Western country, experts are predicting that by 2030, average Jewish Israeli sperm counts will drop to a level where reproduction is likely to be impossible.

There are many theories about why this is happening as there are scientists researching the problem.  Perhaps it is the increased levels of oestrogen in the diet, perhaps it is exposure to pesticides or perhaps it is the use of BPA plastics.  But only one has produced convincing evidence of causation – dietary omega-6 fat consumption.

Omega-6 fat is the dominant fat in the ‘vegetable oils’ used in every processed food.  These oils are not made from vegetables at all.  Rather they come from seeds (like Canola, Soybean, Sunflower, Safflower, Rice Bran and Grape).  Western consumption of Omega-6 fats has at least tripled in the last century and perhaps more importantly, the ratio of Omega-6 fats to Omega-3 fats has soared from about 3:1 to 25:1.

We’ve known for some time that in experimental animals, high omega-6 fat consumption lowers sperm count and significantly impairs the quality of those that remain.  But a 2009 study in humans has taken that research one step further.

In that study, 82 infertile men were compared with 78 (proven) fertile men.  Detailed profiles of the fatty acid makeup of each man’s blood plasma were prepared.  The results were unequivocal.  Infertile men had a significantly higher ratio of Omega-6 to Omega-3  (15 to 1 versus 6 to 1 in fertile men).  And critically, the higher the omega-6, the lower the sperm count.

It is likely that the reason for the sperm cell destruction relates to rampant oxidation caused by the overconsumption of omega-6 fats.  Unfortunately that kind of oxidation damage leads to the wholesale DNA destruction that can result in cancer.  Perhaps then it won’t shock you to discover that the incidence of testicular cancer (the most common cancer in men under 50) has more than doubled in the last 40 years.

Because of a decided preference for non-animal fat sources, Israeli Jews have the highest consumption of Omega-6 fat in the world (about 12% of calories).  The science says this is why they are at the bleeding edge of the decline in male fertility.  It is also likely to be why the incidence of testicular cancer has almost doubled in just 10 years (compared to the 4 decades it took the rest of us).

Before you tell me you’re ok because you always cook in olive oil, you should know that the oil we add is a very small part of the fat we actually consume.  Vegetable oils made from seeds are much cheaper than animal or fruit fats (such as Olive, Avocado or Coconut Oils).  Because of this, they are now an integral part of margarine and baked goods and bread and salad dressings and pestos and meal bases and frozen food and, well, every other product (with a label) in our supermarkets.

It is also increasingly a significant component of grain fed meat (most of the meat in a supermarket) and even farmed fish (most of the fish in a supermarket). And it is just about the only fat used to fry take-away food in 21st century Australia.  In other words, it is almost impossible to avoid unless you grow and assemble your own food.

There are as many good reasons not to consume seed oils, but I reckon the future of the human race probably tops the list.  Food companies are doing nothing less than committing biochemical genocide by filling every food we eat with omega-6 fats. We are having our reproductive capacity disabled en masse and far from protesting against it, our health authorities are actively encouraging us to consume more.  Ask the Australian Heart Foundation whether it thinks you should consume more of these poisons and you will be told most definitely ‘yes’.

Fortunately there is one thing you can do if you care about your ability to reproduce (or avoid testicular cancer). Stop eating Vegetable Oils made from seeds or any food made from, or fried in, them.