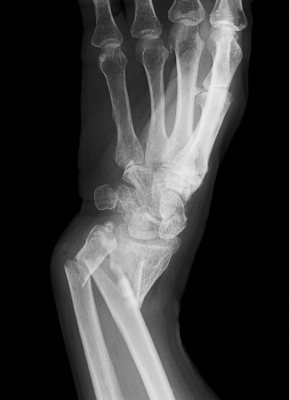 Scientists have known for more than a decade that the omega-6 fats contained in vegetable oils (like those used to manufacture margarine) degrade human bone density.  Now new research has thrown light on how that happens and why anyone concerned about osteoporosis needs to immediately stop consuming them.

Our bones are not static lumps of rock.  They are living tissue which constantly accumulate and dispose of minerals.  Osteoporosis occurs when bones lose minerals, such as calcium, more quickly than the body can replace them.  This causes a loss of bone thickness (bone density or mass).

As bones become thinner and less dense, even a minor bump or fall can cause a serious fracture. Unfortunately most people don’t know they have the disease until after they suffer a break.  Eight out of ten cases are recorded in people over the age of 55 but the age of onset is becoming progressively younger.

A long series of animal studies have clearly established that polyunsaturated fats are important drivers of the bone recycling process.  We know that omega-3 polyunsaturates which dominate some fish oils, flax seeds and kelp help us build up bone density.  While the omega-6 fats which dominate seed oils (like sunflower, soybean, canola, safflower and rice-bran) destroy bone density.

In 2005 researchers at the University of California confirmed that the same rules were at work in a large human population.  In that study 1,532 people were observed for 4 years.  The results were spectacularly consistent.  The more omega-6 a person consumed (or the higher their omega-6 to omega-3 ratio), the lower their bone density was.  It really was that black and white.

The results were independent of medication use, their BMI or the amount of exercise they did or didn’t do.  This means that all the things which we are told affect our chances of getting osteoporosis were rendered irrelevant by just one thing, the amount of omega-6 fat in the diet.

Unfortunately (for our health) nobody in the Health Community wants to hear that they should stop telling people to eat seed oils, so there has been precious little publicity about that line of studies.  That is, until bone density started mattering to people who breed animals for a living.

As we feed more and more of our farmed fish, diets which are high in omega-6 fats, they are becoming more and more fragile.  It seems that just like humans (and rats).  Their bones go to pot if we ramp up the omega-6.

This latest proof of the bone destroying power of omega-6 comes courtesy of an aquaculture study out of the Norwegian National Institute of Nutrition and Seafood Research. In that study, the scientists observed a rise in the level of activity of the enzyme that breaks down bone, in line with the rise in omega-6 concentrations.

We don’t know exactly how omega-6 works its destructive magic but the scientists suspect that it relates to the production of PGE2, the prostaglandin responsible for bone metabolism.  We make PGE2 from omega-6 fats, but the presence of omega-3 fats stops it being produced.  This is because omega-3 and omega-6 compete for the same enzymes.  If we make just the right amount, everything is tickety-boo but if we make too much, say, because we have too much omega-6 and not enough omega-3, then we start breaking down our bones.

In this environment it is not strange that the number of people affected has doubled in just a decade, it’s a bloody miracle it hasn’t tripled.  But stay tuned, at the rate we are increasing the consumption of omega-6 fats, there is much more pain to come. 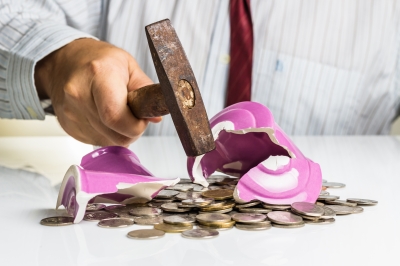