Why is the Heart Foundation in Denial over Fat? 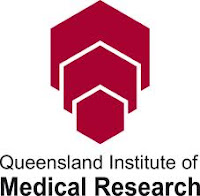 The Queensland Institute of Medical Research (QIMR) last week released the results of a 16 year study that says full-fat dairy reduces the risk of heart-related deaths by sixty-nine per cent. But rather than applauding the new work, the Heart Foundation put up the shutters. Are they worried the emperor has no clothes or is money the real problem?

The study (published in the prestigious European Journal of Clinical Nutrition) followed the dairy consumption of 1,529 adult Australians aged 25-78 years. The participants were asked about their dairy intake on three occasions (1992, 1994 and 1996). The results were then cross-matched to National Death Index data between 1992 and 2007.

The data showed a significant relationship between the consumption of full fat dairy and heart disease deaths. But not the one you might think. The people who consumed full-fat dairy had a sixty-nine per cent lower risk of death by heart attack than those gritting their teeth and gulping down low-fat milk.

The QIMR study comes on the back of a significant US study on heart disease risk published in April. In that study a group of 6,113 average American adults was divided into five groups based on their sugar consumption.

This group were poster children for the low-fat lifestyle. There was just one little problem, their blood work was awful. On average the folks in the low-fat group had by far the worst blood cholesterol and triglyceride (blood lipid) readings of all five groups. And they weren’t just bad, they were time-to-order-some-drugs bad.

Just like the QIMR participants, the people doing everything right (from a fat consumption perspective) were the ones most likely to end up dead from a heart attack. Interestingly (in the US study), they were also the one’s eating the most sugar.

It’s all well and good to notice correlations like that, but to have any value as a scientific observation, there has to be plausible explanation for why it might be so. A pair of studies published in 2000 and 2007 may just provide that explanation.

In June 2000, Dr Krauss and his team over at the Lawrence Berkeley National Laboratory, Department of Molecular Medicine at UC-Berkeley published the results of experiments they had been doing on low-fat diets.

LDL cholesterol (or ‘bad cholesterol’) particles come in a range of sizes. People can be divided into two main groups according to which size is most common in their blood. Some people have mostly large LDL particles (Pattern A) while others have mostly small ones (Pattern B). Pattern B are the ones who tend to die from heart disease.

Which pattern you are is largely a matter of genetics. But Dr Krauss found a way to convert a perfectly healthy Pattern A person to Pattern B (heart attack waiting to happen). Just put them on a low-fat diet.

Then in 2007, some researchers in Switzerland found another way to convert Pattern A to Pattern B – have the patient consume sugar. So it seems the two most excellent ways of ensuring a high risk of heart attack is to either be on a low-fat diet or eat lots of sugar.

If that was what you were aiming for, you wouldn’t find it too tricky. The vast majority of low-fat foods are higher in sugar than their full-fat brethren. Eating a low fat diet kills two (fat) birds with the one stone. Slurping up a Diet Yoghurt lowers your fat intake and increases your sugar intake – all at the same time – how efficient.

Faced with the latest evidence from a high quality Australian research team (at QIMR), the Australian Heart Foundation didn’t suggest the issue needed investigation. They didn’t even pretend that they might look at the research and its implications.

No, (rather like the Church of England faced with Darwin’s theory of evolution) they responded to the new evidence with outright denial. In a story about the study which aired last week, a Heart Foundation spokesman said “we strongly recommend to people to have no fat or low fat products in their diet.”

Perhaps the Heart Foundation is in denial because it fears a sudden change of course (after decades of touting the ‘low-fat’ message) might scare the horses (that would be, um, oh that’s right, us). Or perhaps there are more sinister motives leaching out of the stack of money it makes from endorsing low fat (and often high sugar) products with the tick program.

Let’s not forget there are real lives at risk every single day in the battle against heart disease. The Heart Foundation is one of the primary (and most trusted) providers of advice on heart health. For that reason, it receives significant financial support from the Australian public on the understanding that it has our best interests at heart (pun very much intended).

The evidence is mounting that the advice being dispensed is just plain wrong, but the Heart Foundation seems unable see it. If the obvious commercial conflict can’t be resolved then the tick program needs to go. The Australian public needs to hear the truth about what causes heart disease – a low fat diet, lots of sugar or both.