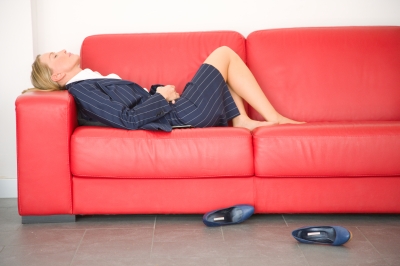 One in every 250 Australians suffer from a severely debilitating disease but no-one (especially those who have it) dare to speak its name. The annual rate of new diagnoses has at least tripled since 1990 and hospitilisations caused by it have doubled in the last decade alone. This is a disease which is clearly out of control but the worst news is that it is likely to be just the proverbial canary in the coal-mine for much worse epidemics lurking in the background.

IBD (Inflammatory Bowel Disease) is chronic inflammation of the bowel and lumps together two main diseases, Ulcerative Colitis and Crohn’s Disease. IBD is a life-long condition that is generally first diagnosed between the ages of 15 and 40. The chronic inflammation results in recurrent bouts of abdominal pain, diarrhoea, vomiting, fever, weight loss and rectal bleeding.

Doctors are careful to distinguish IBD from IBS (irritable bowel syndrome). IBS is characterized by chronic abdominal pain, discomfort, bloating, and alteration of bowel habits but no bowel abnormalities are detectable using routine clinical testing. Evidence is however beginning to emerge that suggests that IBS may in fact be a low-level pre-cursor to IBD.

Needless to say, IBD has a significant impact on a sufferer’s emotional well-being and it’s something they generally like to keep very much to themselves. Most will suffer enormous discomfort for most of their lives and just try to soldier on. But a person experiencing a ‘flare’ of the symptoms requires near-continuous care. And hospitilisation and surgery is often required. In 2010, over 27,000 hospilitizations occurred for IBD treatment in Australia. A decade earlier there had been just 13,000.

IBD is caused by the body’s immune system attacking the bowel. The standard treatment is to prescribe anti-inflammatory (immune suppressing) drugs. Beyond that, the official position is that IBD is idiopathic (meaning we don’t know what causes it or therefore how to cure it other than by chopping out bits of inflamed bowel).

Our intestine is a glorious piece of machinery. Its job is to extract every bit of stuff we can use from whatever we shove in our gob and avoid any nasty bacteria while doing it. In order to perform this magic trick we have specialist filtering cells that extract the good stuff and drop it into our lymphatic system (fats) or our blood stream (everything else). To do this we need an enormous surface area in contact with potential food. If we uncrinkled it all, our intestine would have the surface area of a football field. With all that space to cover, our immune system naturally concentrates a lot of its resources on defending the parts of our gut responsible for absorbing stuff from the outside world.

We know that IBD is not an auto-immune disease. It is not the body attacking itself. It is our immune system reacting to a foreign body. That reaction, the inflammation response, is our body’s way of defending itself against agents of harm from the outside world.

One of the key shortcuts our immune system uses is to react viciously to something called endotoxins. An endotoxin is a key part of the cell membrane of some of the nastiest critters in the bacterial world. Cholera, Salmonella, Helicobacter (responsible for stomach ulcers and cancers), Legionella, Gonorrhea and Meningococcus are among the very long list of bacteria who carry endotoxins. So it won’t come as a surprise that our immune system goes on high alert when it spots an endotoxin in our bloodstream.

We know that three very common substances will cause our gut to become more permeable, fish oil, alcohol and fructose. Animal studies have convincingly shown fish oil to increase endotoxin leakage into the bloodstream. And animal and human studies have also shown that both acute bingeing and long term exposure to both alcohol and fructose will increase (up to 20-fold) the amount of endotoxin in our blood. Unfortunately both alcohol and fructose also appear to increase the populations of bacteria which produce endotoxins in our intestines (something charmingly termed bacterial overgrowth). So we get the double whammy of more endotoxins in our gut and doors left ajar (gut permeability) to let them into our bloodstream.

These endotoxins of course send our immune system into a killing frenzy which we experience as inflammation of the intestinal tract. We also know that just like any other inflammation response it is made worse if we are consuming too much omega-6 fats found in seed oils (vegetable oils).

Much more disturbingly, the inflammation response does not end at the intestine. First stop for portal blood after the intestine is the liver and there is convincing research which tells us that our inflammation response to endotoxins is what converts a ‘mere’ fatty liver (caused by overconsumption of fructose) to an inflamed fatty liver (steatohepatitis).  Worse than that, it is looking increasingly likely that our immune response to endotoxins is implicated in a raft of diseases associated with inflammation in other organs (such as the heart, pancreas and kidneys).

Alcoholic Fatty Liver Disease now affects 6,203 people but Non-Alcoholic Fatty Liver Disease afflicts a massive 5,538,677 Australians. Even more worryingly, up to 13% of Australian children now have this chronic liver disease. If those numbers are anything to go by, we’re bingeing an awful lot more on fructose (or fish oil) than we are on alcohol. So when we go hunting for the cause of the massive rise in IBD in Australia, I’d be looking in the breakfast cereal, health food and soft drink aisles a long time before I’d be checking out the bottle shop.

When we suffer the symptoms of IBS and quite possibly, eventually, IBD. It is our gut sending us a message. It is saying you are consuming too much fructose (or in rarer cases, alcohol or fish oil). It is the visible warning that far more scary things are going on in organs that don’t throw off symptoms (until it is way too late). So if you are getting those messages from your gut – listen.

IBD is a life sentence of debilitation. It won’t kill you but it will make every part of your life awful from your mid-teens onwards. The science suggests the fastest, bestest, way to avoid it is to not binge on fructose (or booze or fish oil). The only problem with that is that the processed food industry is lacing everything we eat with fructose and just for good measure chucking in a pile of seed oils (vegetable oils) loaded with omega-6 fats to ramp up our inflammation response. Pay attention to what you eat, or preferably construct it yourself from basic ingredients and you will be a long way towards not suffering the horror story which is IBD. 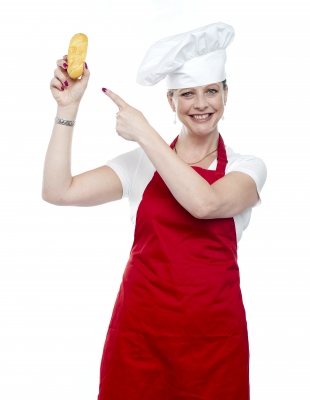