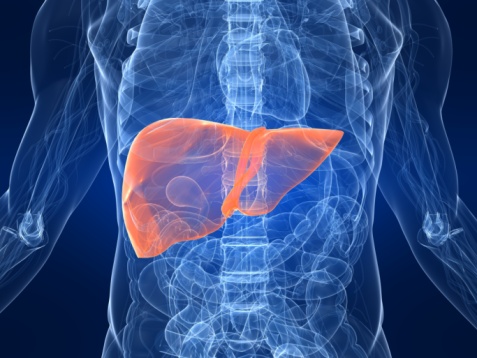 According to a report released this week, liver disease now affects more than six million Australians.  The doctors who commissioned the report want the taxpayer to give them more money to manage sufferers.  Fortunately we now know what causes the vast majority of liver disease and that it can be reversed simply by telling people not to eat sugar.  But I won’t be holding my breath waiting for that to become the recommended treatment.

Liver diseases fall into two main groups, those caused by viruses (Hepatitis – currently afflicting about 518,000 Australians), and, accounting for the other 90 odd per cent of cases, those caused by ‘lifestyle’ (5.5 million people).

The lifestyle group is usually further divided into drinkers (who have the same symptoms but have a history of consuming  more than 2 standard drinks per day for women or 3 for men) and everybody else.  According to the report, Alcoholic Fatty Liver Disease now affects 6,203 people but Non-Alcoholic Fatty Liver Disease (NAFLD) afflicts a massive 5,538,677 Australians.  That’s a pretty big number for a disease was first identified just 30 years ago.

As the name suggests, NAFLD starts out as an accumulation of fat in the liver.  It can then progress through various disease stages and ultimately end in cirrhosis requiring a liver transplant (if you’re lucky enough to find a donor).   There are very few symptoms until the later disease stages, so most people are unaware that they have it all.

NAFLD is frequently described as the liver component of the metabolic syndrome (elevated blood fats, insulin resistance and obesity), because it’s rapid growth has paralleled the same runaway growth in each of the diseases which are a consequence of the syndrome.  More than 90% of obese people and up to 70% of people with Type II Diabetes have NAFLD.

The number of people with NAFLD is accelerating at a tremendous rate.  Even worse, the age of onset is declining rapidly.  A study published last week revealed that the number of US teenagers with the disease more than doubled in the last 20 years and now affects almost 11% of US children aged 12-19.  If those rates translate to Australia (and there’s every reason to think they might) this means the average high school classroom now contains three children suffering from chronic liver disease.  Every classroom.  Three kids.

Even though one of the liver’s functions is to make fat from any excess carbohydrates we consume, the fat is normally exported for storage in all the places that make our jeans too tight.  NAFLD starts when the liver’s ability to export fat is overwhelmed.  The excess fat remains in the liver and begins to create the human version of foie gras.  The best way to make this happen in ducks and geese is to overfeed them (by shoving a metal tube down their throat) with carbohydrates (like corn or dried figs).

Humans get a little twitchy if you reach for the tube and corn, so overfeeding us has to be accomplished with a little more finesse.  In people, all but one carbohydrate triggers an insulin response which (unfortunately for those expecting to make a bit of human foie gras) shuts down appetite and stops us eating too much.

The one carbohydrate which subverts this handy appetite control feature is fructose.  So you might expect that a bit of effort has been put into seeing if fructose (and its primary modern delivery vehicle, sugar or sucrose) might be the source of the sudden explosion in NAFLD.

And you wouldn’t be disappointed.  In the last five years research that proves that sugar is the culprit has been pouring in.  Scientists have of course shown that you can give ducks (hmm, I wonder why they chose that experimental animal) and rats NAFLD using fructose.  And a recent series of human studies have also shown that the consumption of soft drinks is strongly associated with the onset of NAFLD (and I don’t think we can blame the water or the bubbles).  But if that wasn’t enough, a pair of very recent trials from Scandinavia have put the icing on the cake.

The first trial involved feeding four groups of people four different drinks (Coke, skim milk, Diet Coke and a still mineral water).  After 6 months of this, the Coke group had massively (140%) increased liver fat (as well as significantly increased blood pressure, cholesterol and blood triglycerides).  The folks knocking back Diet Coke and water were pretty much the way they were at the start (just in case you thought it might be the water or the bubbles) and the milk drinkers had even slightly improved their liver fat status.

A similar story unfolded in the second trial.  Some very unfortunate volunteer humans were put on the path to NAFLD (27% increase in liver fat) in just three weeks by overfeeding them chocolates, pineapple juice, soft drinks and sports drinks.  The good news is that the disease was easily reversed with diet (although it did take 6 months).

The trials are done, the evidence is clear.  Fructose consumption causes NAFLD in exactly the same way that alcohol causes Alcoholic Fatty Liver Disease.  NAFLD’s alcoholic cousin can be usually be reversed by ensuring the patient avoids alcohol.  So are the experts demanding that GPs be told to adopt a similar practice for fructose?  Nup.

Now I’m sure these are admirable programs and I’m sure they’ll go some way to alleviating a little bit of the suffering caused by the overwhelming epidemic of chronic liver disease.  But when the cause is clear and the solution even clearer, we can do much better than throw a bit of cash at some liver doctors.

NAFLD currently has at least a quarter of the population on an expressway to a liver transplant (if the rest of the metabolic syndrome doesn’t get us first).  Yet it can be easily and effectively reversed with a pathetically simple piece of advice – don’t eat sugar.  Those charged with keeping us well, need to immediately start giving that advice rather than lobbying for a better ambulance  to park at the bottom of the cliff. 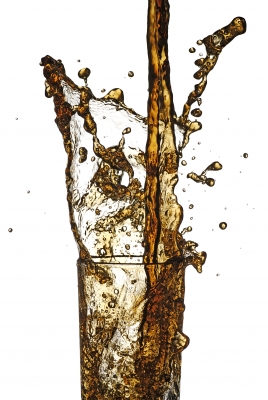