How a Soft Drink Tax (and not science) will change nutritionists’ views on sugar. 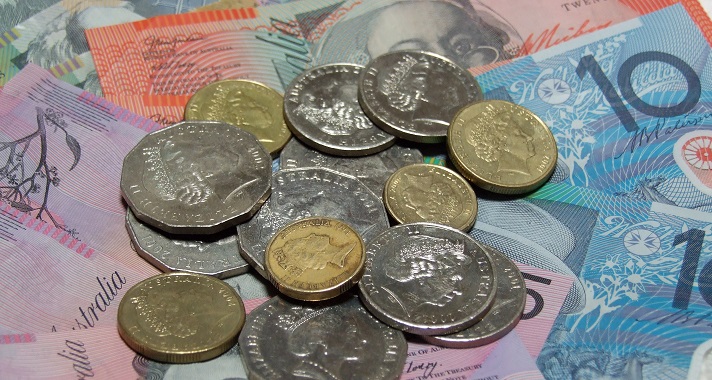 For a decade, the guardians of public health have fought tooth and nail against the science on sugar and the harm it causes.  But now that the government might pay more for their allegiance than the food industry, they are all ears.

This week, the Grattan Institute produced yet another proposal for a soft drink tax.  It’s an idea that just won’t go away, no matter how much the politicians want it to.

Convincing people not to smoke results in a measurable health outcome. Smoking is a primary cause of lung cancer and heart disease.  And rates of both diseases have plummeted since the introduction of tobacco taxes.  But this is in the context of tax being part of a package of measures aimed at making smoking slightly less socially desirable than persistent public flatulence.

Unfortunately, the same cannot be said for sugar.  Taxing one source of sugar will certainly reduce consumption from that source but detailed studies have been so far unable to detect a significant health benefit from reducing the consumption of those drinks alone.  This is likely to be because people simply find a cheaper, or just different, source.  The bloke avoiding the slightly more expensive Coke is probably still chowing down on sugar loaded cereal for breakfast, chugging an iced coffee for lunch and having sugar loaded BBQ sauce all over his sausage in bread.

Until you need to sneak into a dank corner of the car-park to snarf your cream-bun for fear of being hounded by the Heart Foundation, we are not comparing apples with apples.  But tax dollars might just achieve what science has failed to do for at least a decade.

This week’s Grattan report suggested $520 million a year could be raised from an Australian soft drink tax.  The authors didn’t put much thought into what that might be spent on, other than to vaguely waft in the direction of ‘health initiatives’ or some such.  But that was enough to get the attention of some of those who have been the most resistant to the idea that sugar is bad.

The food industry sponsored, Dietitians Association of Australia (DAA) for example has steadfastly opposed the notion that sugar is a problem.  After Sweet Poison was released it published a press release entitled “Sweet truths: Eating sugar may not make you fat.”  And it has not wavered from that position over the 8 years since.  Similarly Nutrition Australia, to this day maintains “there is no consensus that [sugar] is the sole, or even major cause” of obesity, type 2 diabetes and heart disease.

The Heart Foundation has so comprehensively opposed the notion that sugar is harmful, that it sent out a cardiologist to consume significant radio time arguing against me on that point.  And it has been willing to raise the better part of $3 million a year from certifying that sugar loaded food is a heart healthy choice. It says this is because “there is no scientific consensus that sugar … causes heart disease.”

Diabetes organisations have also been happy to tell sufferers of Type II diabetes that sugar does not cause their disease.  Meanwhile the Australian Medical Association (AMA) has done its best to not have a position on sugar at all.  And it has certainly never openly condemned it.

But, my goodness what a difference a bit of green makes to one’s outlook.   The first to fall was the Heart Foundation, calling for a sugar tax like the one announced in the UK in May.  Then last week (after it became clear exactly how much money was in the pot), they all rushed in.  Within days of Grattan’s report being released the AMA, the DAA and Nutrition Australia all put out press releases demanding a sugar tax.  Some of them even while continuing to host pro-sugar content on their websites.  Their greed reflex outpaced even the fastest website editor.

Suddenly each of these peak health bodies are singing from a different song sheet. The prospect of loads of tax dosh trying to find a home for ‘health initiatives’ has converted them to sugar haters in a heartbeat.

A soft drink tax won’t directly reduce the amount of sugar we consume.  But the siren call of cold hard cash will apparently do what I and many like me have failed to do for a decade.  It will remove the single greatest obstacle to real progress, the nutrition rent-seekers.

No doubt much to the despair of the processed food industry, the loyalty which had been so painstakingly built over decades with speaking fees, sponsorships, endorsements and carefully crafted non-science will all likely be blown away by government tax money looking for a home.

I suspect nothing has changed about nutrition industry views on sugar but their collective campaigning (no matter how much it is motivated by greed), will undoubtedly have the effect of telling us all something we desperately need to hear – there is a very real problem with sugar.  And if that’s the way we get there, then so be it.