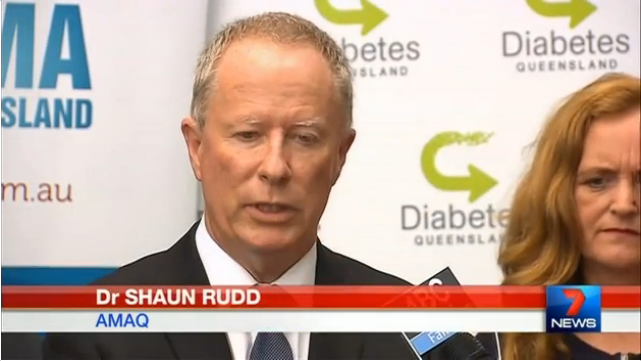 Yesterday the President of the AMA in Queensland, Dr Shaun Rudd warned Queenslanders that their State was at risk of sinking into the sea if they didn’t stop being so fat.  He declared a “state of emergency” in the “war of the wobble”.  The excuse for his bizarre rant (which seemed also to target tuckshop ladies and their arms for some reason) was that the AMAQ wants whoever wins the QLD state election to implement their recommendations aimed at reducing obesity.

It is a good while since I have heard fat-ist drivel so plainly spoken.  The message is loud and clear.  If you are overweight, you have a character defect and you need to harden up (and be saintly and thin). The derision in this Irish GP’s voice was palpable.  That it should be uttered by a doctor representing the health system that has put us in this position is quite frankly disgusting. It should come as no great surprise then that the AMA’s proposed solutions to the crisis are worse than pathetic.

Do they suggest implementing the WHO guidelines on the reduction of sugar?  Have they reviewed the recent evidence (again) confirming that sugar is the source not only of obesity but the vast majority of chronic disease now crippling our health system?  No.  Their suggestions are to ban fast food outlets opening near schools and subsidise fruit and vegetables in ‘at risk’ communities (whatever they are).  Describing those policies as ‘limp’ would be a significant overstatement.

There is nothing wrong with lamenting the danger we all face from obesity.  There is nothing wrong with wanting government to do something about it.  But name-calling and spit-balled non-initiatives spouted by a doctor afflicted with superioritis majoris is not the answer.  We know what causes obesity (sugar) and we know what fixes it (removing sugar).  So please AMAQ, drag your policy (and speech) writers into the 21st century and start lobbying for change that would really make a difference. 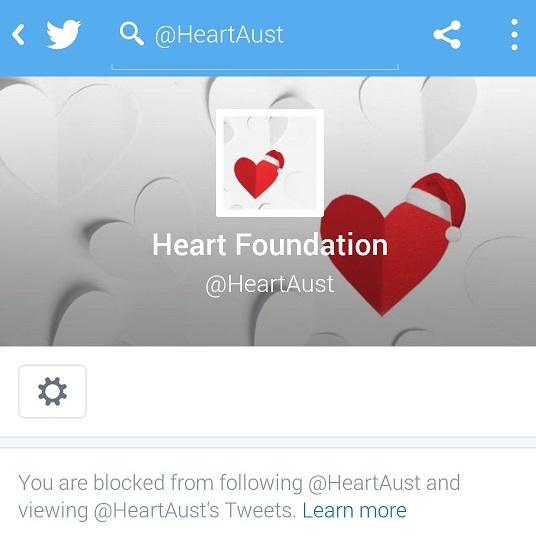 The Day the Heart Foundation turned into a Secret Society

The Day the Heart Foundation turned into a Secret Society