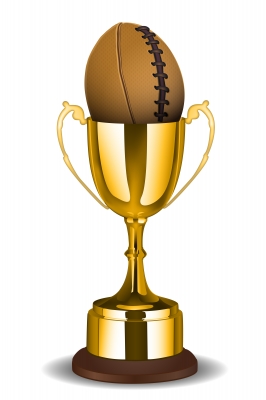 WHAT better way to frame the public vs private school debate, which is back on again thanks to recent research by the University of Queensland, than with a solid footy metaphor.

One of my sons plays AFL for a local suburban club in Brisbane. It’s a good club. They take masses of kids in every year and give them an excellent grounding in the game. Some take to it and some don’t but they all learn more about footy. Every few decades someone from the club even makes it to the AFL.

This pretty good club also has a senior team which wins the local Brisbane comp every so often. But I am reasonably certain that if they were to take on Collingwood or Geelong (or even the Brisbane Lions) they would be completely decimated.

Everybody knows this. Everybody accepts this. And nobody suggests that this means my local club is a bad club. We all know that the professional AFL club has (literally) spent millions recruiting a team full of A-List players. Did the AFL coaches make those players brilliant? No. They recruited players they already knew were brilliant from clubs like ours.

We quite happily accept that this is how sports work. But when it comes to another area of skill acquisition, suddenly we turn off our common sense and gullibly accept self-interested marketing.

In Australia some schools choose their student body. These schools are overwhelmingly fee-receiving ‘private’ schools and they target their marketing at high income parents (which, unfortunately in this country correlates with academic performance).  To egg the pudding they also top up the better-than-average kids with proven performers using academic scholarships. Then when these kids perform exactly the way their family income and results would predict they might (wherever they went to school), they use those results as marketing fodder for the next generation.

These schools are the education equivalent of Collingwood or Geelong (or even the Brisbane Lions). But when my local public school is compared to the Really Flash Grammar School in a league table suddenly RFGS is great school and my local is rubbish. The comparison is no more reasonable than comparing my local football club to a professional sports club, but it is what we do every time we look at a league table of schools arranged by average NAPLAN score.

The only reasonable way of comparing my local club with Collingwood is to measure the value it adds. Player A had these measurable proficiencies at the start of the season and improved them by this measurable margin by the end. It doesn’t matter whether the player is in the worst of the under 8s or the next Gary Ablett. A good coach should be able to get measurable improvement from every player.

This is no less true in schools. The performance which matters, the only criteria that should matter, is the measurable gain in student performance. This means measurable gain for every student. It means moving every child forward every year. It does not mean showering praise on schools whose only claim to fame was ensuring they selected the right kids in the first place.

Fortunately in Australia we have a public database of student gain (yep, it was news to me too). We can all visit a free government website (myschool.edu.au), plug in the name of any school and see whether students at that school have achieved more, less or the same as the rest of the nation between each NAPLAN test.

What you will definitely find is that there is no correlation between how much people are (or aren’t) paying to attend the school and whether it is likely to add value. So do yourself a favour, don’t be a victim of slick marketing. Find the schools that are adding value and let student gain be your yardstick (not the number of BMWs in the parking lot). Do that, and you are sure to make an excellent choice for your children’s education.

Image courtesy of digitalart at FreeDigitalPhotos.net 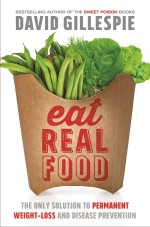