Time to focus on the private school elephant in the pool 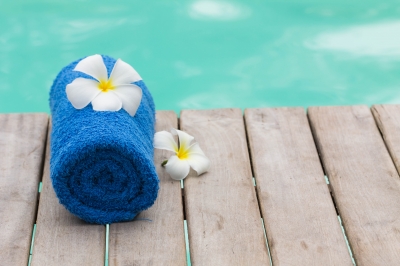 Tony Abbott’s hand-picked head of the Audit Commission, Tony Shepherd wants to end middle-class welfare but the Family Tax Benefits he’s targeting are just a sixth of the value of the annual subsidy paid to ‘private’ schools. In 1963 Australian taxpayers contributed less than a brass razoo to private education. Now we pay over $10 billion per year in recurrent funding. On top of that we taxpayers build fabulous facilities on private property (with capital funding) that very few of us have the right to access. It’s time the Audit Commission looked at the real middle class welfare, private schools.

Educating the children of prisoners (or guards) was not a priority in the early Australian colonies. And because it was charitable work, it was left to the churches to do with as they pleased.

As the population changed from largely prisoners to largely free colonists and the demands for education increased, the churches were able to negotiate significant government aid for their efforts. Unfortunately this resulted in a large amount of competition (and school choice) for easy to reach students in the cities and no education for everyone else.

In Australia, the market can deliver most things efficiently in the cities. But huge distances mean no profits to private providers and consequently no services for the rest of us. That particular ‘market failure’ is exactly why Australia found it necessary to have a state funded bank, a state funded telecommunications company and a state funded broadcaster.

Towards the end of the 19th century, the Australian colonies solved this problem in schooling by withdrawing their funding from church run schools and investing in their own ‘state schools’. The aim was to provide a free education to every citizen no matter where they lived (or what brand of religion they favoured).

The Catholics opted out and decided to run their own schools (on a shoestring) and there were a few Anglican secondary schools who continued to rely exclusively on private fees. But for almost a century, Australian governments refused to fund private choices about school education. And for almost a century we had a high equity, secular education system which was the envy of the world.

It was mostly fear of an electoral backlash that kept the politicians at bay. But when Sir Robert Menzies won the 1963 election with a promise to fund science blocks in non-government schools, the can was open and the worms tasted freedom. There was no backlash. The electorate no longer cared.

There is no better way to target a marginal parliamentary seat than selectively distribute largess among school communities. School funding is the laser guided vote buyer. The pollies had entered pork barrel heaven. And Australia has incessantly increased funding to ‘private’ schools ever since.

But the annual funding is just the tip of the money-berg. In addition to the cool $10 billion the taxpayer forks out every year to run ‘private’ schools, we are buying Olympic swimming pools, cricket ovals that the ICC would envy, fabulously appointed gymnasiums, fantastic science facilities and computer labs to die for.

The total bill for all this extra taxpayer generosity between 2005 and 2010 was just a smidge under $5 billion (on top of the $10 billion a year in running costs).

Over the same time frame we invested about $10 billion in government school infrastructure. And while those ratios are roughly in line with the respective numbers of each, they don’t take account of the fact that after the money is funnelled through the state government bureaucracies, $1 buys you about 60c worth of building work in a state school.

In 1964, DOGS, (the Council for Defence of Government Schools) was formed to protest the decision by the Australian Government to fund private schools. Their campaign against ‘schools with pools’ goes on to this day.

A favourite publicity stunt of the early DOGS protests was to turn up to the pools their money had purchased and ask for a swim. They were swiftly given the bum’s rush. These are not like other tax payer funded gyms, pools and libraries. These gorgeous facilities are not open to the public (that would be you).

Taxpayer funds have been used to significantly improve the value of private property and provide educational facilities that no government school could ever afford. Yet ordinary taxpayers are not allowed anywhere near them.

So the next time you peer over the hedge of the local ‘private’ school at the new Olympic pool, remember this was built using (upper?) ‘middle class welfare’. The Audit Commission will ruthlessly target all manner of what it deems to be unnecessary government spending but I guarantee you it will coyly avert its gaze from the ‘private’ school elephant wallowing in the pool.

What Vegetable Oil is that?

What Vegetable Oil is that?