Tide of inequity to blame for falling education results 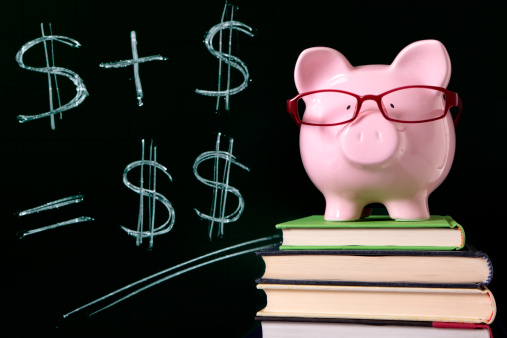 Education is a very big line item in State and Federal Budgets. And, thanks to incessant demands for smaller classes, it is getting bigger at an astounding rate. But rather than address the obviously impaired state of our education system, the Government’s plan is to send you the bill.

In 2011-12 Australian governments spent a tad over $47 billion on running the country’s schools. But only three quarters of that went to government owned schools. The remaining $10 billion or so went to ‘private’ (catholic and independent) schools. Governments are not normally big fans of throwing public money at private choices. If I hire a security guard because the local coppers are not doing the job to my liking, a request for funding from the government will fall on deaf ears.

Joe Hockey may think the age of entitlement is over, but when it comes to funding private educational institutions it is anything but. The average Australian ‘private’ school kid costs the taxpayer about 60% as much as they would if were in the other kind of government school.

From the government’s perspective that’s a great thing. And it’s getting better all the time. Australians are stampeding from state run schools.  But the enormous growth in non-government schools has not been spread evenly. The average growth of the sector over the 15 years between 1998 and 2013 was 30%. But the number of students attending Islamic schools tripled and the schools aligned under the banner of the CSA (Christian Schools Australia) exploded to over 55,000 students in 2013.

The parents rushing out of the public sector are not choosing an Anglican Grammar school or even the local Catholic, they are choosing small, strongly faith based, low fee, suburban independents. Anyone would think we had all suddenly become devoutly religious, but the research suggests that couldn’t be further from the truth.

In 2008, the ISCA (Independent Schools Council of Australia) commissioned a study to get to the bottom of why parents chose a ‘private’ school. The answers were (in order) ‘educational excellence, good teachers, a supportive environment and good facilities.’ Religion barely scored a mention at all.

The flipside to that survey is of course that parents think they will not be getting those things from a public school. Massive increases in teacher numbers (because of reductions in class size) since the 1970s, combined with significantly greater employment choices for women has meant that the academic aptitude of the average teacher has steadily declined. Over the same timeframe, the unionisation of the teaching workforce has meant that should a teacher be hopeless, there is nothing anyone can do about it.

Independent schools have more flexibility when it comes to hiring and firing teaching staff. And they play off that in their marketing to parents worried about dud teachers.

The better facilities are paid for using a fair chunk of the fees that the parents are paying (since the government is still picking up most of the cost for the actual education).

Because such a large proportion of government education spending is diverted to fund private choices, the public schools become progressively more and more decrepit. And so the vicious cycle continues.

If you love the purity of markets, then I suspect you will be saying ‘so what?’ You might be thinking the push to ‘private’ education is a good thing. The problem is that in Australia we already know how this story ends. And it doesn’t end well.

In the middle of the 19th century almost all our education was publicly funded but delivered by churches. The result was a massively unequal society. Some communities were significantly overserviced, with schools competing with each other for the best students and those students receiving the very best education available. Other communities had a choice of just one school and most of the population had no access to schooling at all.

The solution was to bring in free mandatory secular education for all and to immediately de-fund the ‘private’ sector. By the start of the 20th century, Australia was a shining beacon to the world. It had a high equity, high performance education system which anyone and everybody could and did access.

But we are on the fast train to inequity again. And as the studies have predicted, the more the tide of equity sinks, the worse our education results as a nation become.

Running away from the public system is not the solution to Australia’s education woes. It simply drives wedges into cracks in Australian society and replays the disaster movie our education system has seen once before. Any government that encourages that as a solution is looking after its bottom line not your child’s future.

This post also appeared in the Sydney Morning Herald