The ACL epidemic is caused by sugar-water 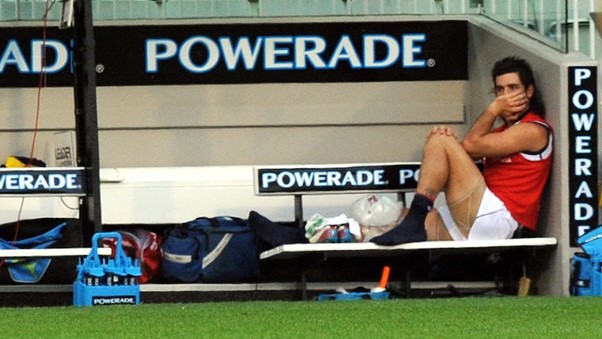 Last week Gold Coast Suns co-captain Jarrod Witts collapsed with a season ending ACL injury. This week Carlton defender Caleb Marchbank suffered the same fate.  They are just the latest high-profile examples of the rapidly growing list of ligament injuries in the AFL and AFLW. Ironically, the science tells us the damage is being done by one of their sponsors’ products.

ACL injuries are not a problem exclusive to the AFL but they do keep very good stats on them. The average male professional AFL player will suffer an ACL injury after playing 1,428 hours of footy.  The average AFLW player will do her knee after just 133 hours. In general, women are up to 10 times more likely to injure an ACL than men because the wider female pelvis makes a knee collapse, or movement towards the other knee, more likely. ACLs in sports are not generally caused by contact with another player but by landing.

The dreaded ACL injury is a tear in the anterior cruciate ligament, one of the four ligaments that hold our knee together.  The ACL is inside the knee joint connecting the bottom of the thigh bone (the femur) to the top of the lower leg bone (the tibia).  It is attached to the tibia by a little spit of bone called the tibial spine.

ACL rates have been accelerating massively over the last few decades.  Between 2000 and 2015, the annual incidence of ACL’s requiring surgery increased by 43 per cent. In people under 25 they increased by 74 per cent.  The fastest growing group are children aged 5-14 where the rate of injury is growing at around 8 per cent a year.

Twenty five years ago kids didn’t tear their ACL, they broke the tibial spine.  Orthopaedics textbooks from the nineties warned doctors to look for tibial spine fractures because children don’t tear their ACLs.  In essence, they thought they were immune to ACL tears by virtue of being children. This was because in growing children the bones are not at full strength, but the ligaments are.  In a stressed situation, where the ACL is yanking on the tibial spine, the bone gave way before the ligament, hence the fracture.

Fortunately, there is good science that tells us why our ACLs are suddenly failing.  Sugar.

The massive increase in our consumption of sugar is responsible for us producing substandard ligaments and cartilage.  If we make knees out of rubbish material its little wonder that they are suddenly not up to the job.

A byproduct of human metabolism is that sugars can become randomly attached to proteins in a process called glycation. Glycation results in the formation of all sorts of unpredictable (and haphazard) molecules called AGE’s (Advanced Glycation End-products).

All sugars can form AGE’s but the fructose half of table sugar (sucrose) is ten times as likely to do so as glucose (the other half). AGE’s are dangerous because they bond easily (and randomly) to each other and to other proteins in a process called cross-linking. Cross-linking significantly degrades the quality of the protein.

Our bodies are used to garden variety (glucose-produced) AGE’s. And we are pretty good at breaking them down and disposing of them. But even so, over time they accumulate in our organs and tissues and we, well, age (the acronym AGE is very much on purpose).

Unfortunately the AGE’s made with fructose molecules are resistant to our disposal system. So not only they made at 10 times the rate, they hang around.

Long-lived proteins such as collagen, elastin (both used in ligaments), lens crystallins (used in the eyes) and cartilage are much more susceptible to the effects of AGEs because once we make a bad batch, they’re part of us for an awfully long time.

Collagen degraded by AGEs makes less elastic ligaments.  And substandard ligaments, rather like rubber bands left in the sun, tear much more easily. So it would seem that it is less than intelligent to be telling people who play sport to drink sugar that will significantly increase their chances of never playing sport again. That is, of course, unless you are the one selling the sugar-water.

Coca-cola sponsors the AFL and many other sports under the Powerade brand and Pepsi does the same for an array of sports under its Gatorade brand.  They are not doing this because they want to give money to professional sports. They are doing it so young players will see their heroes knocking back blue, green, yellow and pink sludge during and after games and come to the conclusion they need to do the same.  And it’s working, sport drinks are the one part of the sugar water industry doing well.  The global sports drink market is worth $30 billion and it is growing rapidly.

ACLs and other ligament and cartilage damage are now a standard part of sporting life because fructose is being consumed at unprecedented rates (ironically, particularly by those playing sport) and the group suffering the most explosive growth in injuries are those kids emulating their sporting icons.

ACL’s can be repaired (by transplanting other ligaments) but even a well repaired ACL is likely to have debilitating long term consequences.  A Swedish study for example found that half of all adult soccer players who tore their ACL had developed severe arthritis of the injured knee within 14 years. Apply that timeline to an 8 year old and it means they will spend most of their lives battling severe debilitation.  And that’s from an injury that 8 year olds are supposed to be ‘immune’ to.

Let’s stop paying professional sportspeople to suck down sugar. Let’s stop advertising sugar nonstop during broadcast sport. Most of all, let’s stop teaching our kids that sugar and sport go together. And then hopefully we can stop putting severely injured teenagers and their sporting idols in the back of ambulances every weekend.

Picture: Adelaide’s Taylor Walker was one of 15 AFL players to tear their ACL in 2013. (Joe Castro: AAP Image) 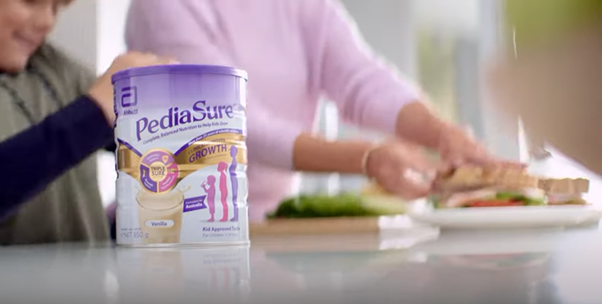