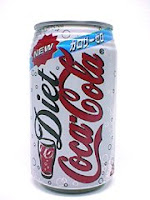 People keep asking me about Stevia.  It’s touted as ‘nature’s artificial sweetener’.  But is it safe?  Anyone who’s read my article on Agave knows to tread carefully when it comes to avoiding fructose.

Glycosides are used by plants to store sugars by binding them to other substances for storage.  Then when the sugar is needed, water and an enzyme are added to cut the chemical bonds and the sugar is freed for use.

The plant makes Stevioside and Rebaudioside by joining two molecules of glucose to a molecule of Steviol.  Steviol is a terpene, a class of chemicals used abundantly in nature.  Terpenes are most commonly found in the resins which seep from pine trees (Turpentine is made by fermenting those resins – hence the name).

Other terpenes which are similar to Steviol in chemical structure are retinol (Vitamin A), retinal (the chemical which translates light into chemical signals in our retina) and Phytol (used to make Vitamin E).

The extreme sweetness comes from the Steviol.  The rest is just glucose.  So from a fructose perspective there’s nothing wrong with Stevia.  There aint no fructose there.  The big question is whether eating large quantities of Steviol has any other detrimental effects.

In 2006 the World Health Organisation took a long hard look at the research and concluded that an acceptable daily intake was 0-2 mg/kg of body weight, but noted that more research was needed (in particular they wanted studies that had lasted more than two years).

Based on that recommendation an 80kg person could safely consume up to 160 milligrams of Glycosides (or about half that for pure Steviol).  In June 2008, the WHO Committee met again and considered a further study in diabetic patients which convinced them it was safe to double the acceptable daily intake level to 4mg/kg.

Japan has used stevia as its main non-sucrose sweetener source for more than 30 years (Diet Coke in Japan is flavoured with Stevia).  Other countries which allow the use of steviol glycosides include China, Russia, Korea, Brazil, Paraguay, Argentina, Indonesia and Israel.

Stevia is not approved for use in food in the US or the European Union.

On 6 August 2008, Food Standards Australia and New Zealand (FSANZ) completed its assessment on Steviol.  I know you will want to read the report for yourself but the long and the short of it is they determined Stevia is not toxic and unlikely to cause cancer in the doses proposed.  They approved steviol glycosides for use as sweeteners and you will no doubt shortly see it in the ingredients list of food and drink in Australia as Sweetener 960.

My only lingering concern about Stevia is that the researchers don’t really know what the human body does with the steviol.  They know it has some effects (which they don’t consider to be significant) on insulin and blood glucose levels. Both the WHO and the FSANZ report are full of phrases like: “the mechanism of action of stevioside on blood glucose concentrations may be mediated by increased insulin secretion” and “Although administration of stevioside to humans produced reductions of blood pressure in patients with already elevated blood pressure, the mechanism by which stevioside excreted this effect remains to be determined.”

The overall impression I gained from reading these reports and studies was similar the one I expressed in Sweet Poison concerning the artificial sweeteners.  They seem safe but they haven’t really been in our diet long enough to be sure.  Check back in 30 years.

Would I eat a product sweetened with Stevia?  Probably if I really needed a sweet hit, but I wouldn’t make a habit of it.