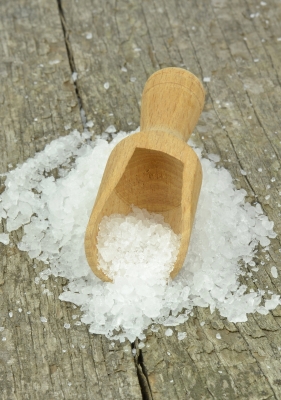 A study published in last week’s British Medical Journal (BMJ) seemed to confirm what our health gurus already know. Apparently salt is not good for you.

The paper reviewed a series of studies on salt intake conducted between 1985 and 2007. The results were all over the map. But the authors said if you looked at them just the right way, they showed that if you ate more salt your risks of stroke and heart disease were much higher than otherwise.

The theory goes that if you eat less salt, less water will be drawn into your bloodstream and you will have lower blood pressure. And blood pressure is a known risk factor for heart disease and stroke. So they concluded we should all continue to try harder to reduce our salt intake.

Huh? Didn’t we already know this? Isn’t this old news? Why on earth would anyone need to confirm something that we’ve been told since at least 1979? Well it seems the dangers of salt are nowhere near as certain as we have been led to believe.

According to the salt industry, the results are questionable because two of the study’s authors are members of a strident anti-salt group, but didn’t disclose this to the BMJ. And it doesn’t take long to find major studies which flat out contradict those results. Just last year, a significant study showed that (at least in the US), low salt levels actually increase your risk of death from heart disease.

Some small salt studies have shown that decreasing salt will lower blood pressure (and quite a few haven’t). But the favourable results (of less than 2% decrease) are hardly earth shattering. In fact, it’s possible to get similar effects just by decreasing the amount of water someone drinks prior to having their blood pressure taken.

Whether salt really increases (or reduces) your risk of death from a heart attack is clearly far from settled. But that hasn’t stopped nutritionists, Food Standards Australia and the Heart Foundation lobbying furiously for decreases in our daily salt allowance.

Meanwhile the link between sugar (well, at least the fructose half of sugar anyway) and high blood pressure has been growing stronger by the day. A study released last month confirmed that fructose directly causes high blood pressure. The researchers were able to raise participants’ blood pressure by 5 percent in just two weeks by giving them the amount of fructose contained in 3.5 litres of softdrink per day (about 3 times the American average).

The blood pressures returned to normal after two months off the high sugar diet. The study is clearly not a real world example but the effect was pronounced and very, very quick. No study of salt intervention has ever produced anything like it.

Another study released last month backs up the link. In that one, the soft-drink consumption habits of 4,528 people were analysed. Participants who consumed more than 74g of fructose a day (about the same as in 1.3 litres of soft drink and bang on the American average) significantly (87%) increased their risk of having dangerously high blood pressure. Once again, no salt study has ever shown anything like that effect.

But while the Heart Foundation campaigns against salt, it hands out ‘ticks’ to high sugar products like fruit bars and fruit juices. And when salt concerns are put to food processors they respond with good intentions – oh dear, yes there is too much salt in food – we must do better. But try saying that kind of thing about sugar and you get letters from the legal department.

I wonder why that is? Perhaps it’s got something to do with the fact that reducing salt (from anything to anything) is a great marketing claim and it probably won’t affect the sales of the product. But reducing sugar (when your competitors don’t) will probably cost you serious money. Unlike salt, sugar is highly addictive.

It’s time we suspended the phoney war on salt and started a real war on the real culprit: sugar.

Just say No to Sugary Cereal.

Just say No to Sugary Cereal.