Let those who cause the pain, pay the tax

Sugar causes tooth decay. No sane scientist would argue that simple statement. It is about as controversial as saying day follows night. But treating tooth decay costs Australians $7.7 billion a year. Why are we not looking to the folks who sell sugar to help pay for that?

Certainty is a hard thing to come by in science. It is very rare indeed to find a group of scientists agreeing without exception to a cause and effect relationship. But there are some examples. You will not get a fight from anyone if you say that antibiotics cure most bacterial infections. And you’ll encounter even less resistance if you say that smoking causes lung cancer.

The statement that sugar causes tooth decay is even more certain. The statistics are clear. Populations exposed to sugar for the first time go from ‘background’ levels of decay (of around 4 cavities per 100 teeth) to ‘modern’ levels of around 24 cavities per 100 teeth. The mechanism is known and the science is uncontroversial. Not even Coca-Cola dares deny that sugar and tooth decay go together like peas and carrots.

Researchers have known since the 60s that tooth decay is caused by a little chap called Streptococcus Mutans (S. Mutans). It is one of the two to three hundred species of bacteria that inhabit our mouths.

Like most bacteria, S. Mutans loves a good feed of sugar. As it chomps down on the sugar molecules it produces lactic acid as a waste product. It’s that lactic acid that does the damage to our teeth. But under normal circumstances we are up to the task of protecting ourselves and avoiding tooth decay. Our saliva quickly neutralizes the acid and we regenerate any damaged enamel.

This is fine if the only sugar in our diet is glucose or carbohydrates that are converted to glucose (which is almost all of them). But, if there is some fructose available as well as glucose (oh, such as in table sugar – half glucose and half fructose), then through a quirk of evolutionary biology, S. Mutans has the upper hand.

S. Mutans can build itself a saliva proof home if fructose is also present. We call this little anti-saliva shield, plaque. Plaque binds S. Mutans to each other and to the tooth enamel. It traps the lactic acid against the tooth surface, protects it against the waves of saliva and gives it time to eat through the enamel.

If you really want to rot teeth, the most effective way is to give S. Mutans a constant wash of sugar solution (like soft drink or fruit juice) between meals. Eating sugar at mealtimes still works but it is nowhere near as effective.

S. Mutans has really enjoyed our change in diet in the last few decades. The amount of fructose laden, soft drink, juice and flavoured milk we drink has risen from virtually nothing prior to the Second World War to almost 1 litre per person per day. Consumption of soft drink alone has more than doubled in the last 30 years. And with this our need for dental services has also risen exponentially.

Every now and then politicians bow to public anger over the rising cost of dental services and mumble indistinctly about perhaps fixing the problem. Do they suggest limiting sugar consumption? Don’t be silly. How about asking the sugar purveyors to pick up the bill? Think again.

No, the politician’s answer is to make it our problem. First they try the chemical band-aid of dosing us all with fluoride, then, when that barely dents the costs, they reach for our wallet. The most recent go-round was Kevin Rudd’s ill-fated Denticare scheme, which suggested increasing the medicare levy by 50%. Heaven forbid a processed food manufacturer be presented with the bill.

Sugar rots teeth. The evidence is abundantly clear that, but for a constant wash of sugar between meals (topped up with some nice sticky fruit snacks), we would barely need to visit a dentist at all. So why are we not asking the folks who cause the problem to pay the bill? Or better still, stop creating the problem?

We have no difficulty asking the purveyors of cigarettes to kick in for the costs of treating the disease they cause. So why is the political response to the cost of dentistry a tug of the forelock and a scurry to collect more tax from us (whether we consume sugar or not)?

To be sure, $7.7 billion is a large bill to present to anyone. It represents about two and a half times the entire annual revenue of the Australian sweetened beverage industry. But it is also about 30 times the income tax they paid. Is it really fair that an industry contribute so pathetically to the cost of the damage they cause?

This is not a sin tax in disguise. It is repugnant for food nannies to attempt to make us healthy using the blunt instrument of taxation. If sugar is bad enough to require (at least) $7.7 billion of reparation every year then we should be removing it from the food supply. The level of harm it does is out of all proportion to its utility (is there any?).

But our governments clearly don’t have the moral and intellectual steel to bite that bullet. So let us at least insist that the most obvious part of the damage being caused (the part about which there can be no argument) be paid for by those profiting from our misery. 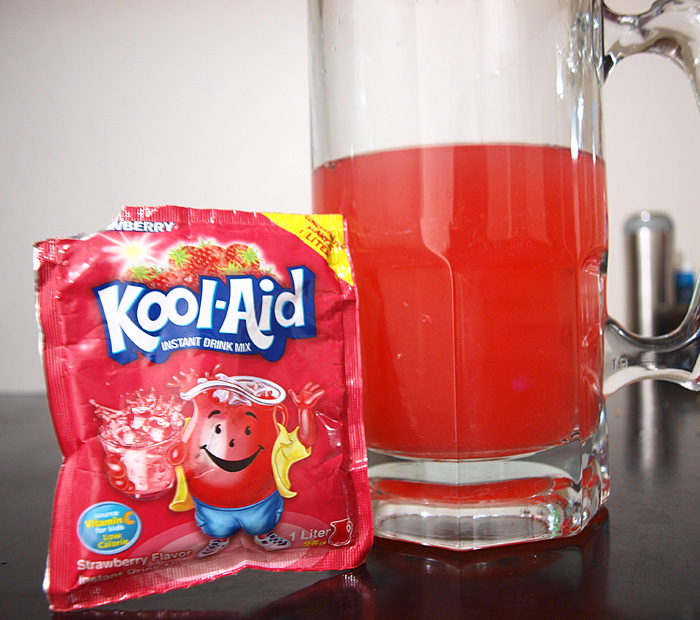