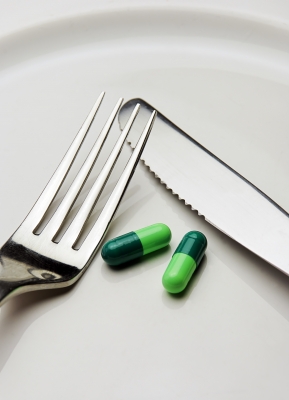 In Australia, statins (the class of drugs used to lower blood cholesterol) now chew up 13 per cent of the money paid out by the Pharmaceutical Benefits Scheme (PBS), and the amount shelled out for them by the Australian taxpayer (via the PBS) grew by a third in just the last year alone.

That’s a worry for taxpayers, but with one in three Australians over the age of 50 now taking them, a greater concern is that new research suggests statins significantly increase the risks of Type II Diabetes and dementia.

The United States Food and Drug Administration is worried enough about those little ‘side-effects’ to require that statins immediately carry warnings about diabetes and cognitive impairment.  But here in the land of nod, we’ve happily become the world’s biggest statin pill-poppers.

Don’t get me wrong.  Statins do work. The studies have shown that they do lower LDL cholesterol and they do reduce heart-disease in younger men who’ve already had a heart attack. But there’s a good deal of evidence to suggest that the benefits for these folks had nothing to do with the cholesterol-lowering and quite a lot to do with their blood-thinning properties.

Unfortunately (for drug marketers) ‘younger men who’ve already suffered a heart attack’ (and lived to tell the tale) is a very, very small market. The only way to turn a buck from statins was to convince doctors to prescribe it (and the PBS to fund it) for ‘prevention’ (among people whose only sign of illness is being diagnosed with a higher than ‘normal’ blood-cholesterol reading).

A comprehensive review published in 2007 of all of the major high-quality trials on statins concluded that for these not-sick people (who make up the overwhelming majority) taking statins did not alter the overall risk of dying at all.

When the data were broken down by gender and age, the results became even less impressive. Statins delivered absolutely no benefit for women at all. And men aged over 69 (those most at risk of fatal heart attacks) enjoyed no benefits either. The only people the drug appeared to help were men aged 30–69, and then only by a very small absolute margin.

This might be why (although these drugs have a big effect on cholesterol levels) they have very limited effect on heart-disease outcomes. It might also be that although statins lower cholesterol, this has nothing to do with why they lower risks for people who’ve already had a heart attack. Just like aspirin, statins reduce clotting. And just like aspirin, the people who benefit the most from statins are those who’ve already suffered a heart attack. But no one will make a fortune selling aspirin at 97 cents a box.

However they are not merely harmless profiteering.  A series of studies has suggested relationships between statin usage and increased diabetes and cognitive impairment (dementia to you and me). And a significant independent analysis of the trials, conducted in 2011 by the ever reliable Cochrane Review, concluded that becasue of this doctors to be cautious in prescribing statins to people who hadn’t already had a heart attack.

Statins are powerful drugs that alter the function of important liver enzymes, and the evidence suggests that the only class of people who benefit are younger men who’ve already had a heart attack. The only people who should be given statins should be this very small group (and then only if their doctor feels the benefit outweighs the risk of diabetes and dementia).

The US regulators are ringing the alarm bells.  But here the Australian Heart Foundation is more concerned that not enough people are taking preventative medication.  The Australian Medical Association is much more cautious.  They say statins should only be prescribed to high risk patients.  Good advice, but clearly someone isn’t listening.  Heart disease rates are high but don’t come anywhere near needing to put a third of the over fifties on statins.

Meanwhile millions of Australians continue to take a drug they don’t need and which the evidence says significantly increases their chronic disease risks.  We need to stop slavishly following the drug marketing agenda.  The practise of mass (and accelerating) prescription of statins must stop immediately.

Note: Parts of this blog post were ‘borrowed’ from my new book Big Fat Lies.