How to Win a Race

I must admit to being a bit of rowing tragic.  I don’t actually row, but rather like former PM John Howard (with cricket), I talk a good game.  So as I meander through the online world of sugar research, papers about rowers naturally attract my attention. And when I see one that seems to provide a magic bullet for off-the-scale performance improvement, I’m very interested.

You might have missed it but the January 2006 edition of the Journal of Sport Science carried an interesting little study on US female college rowers.  The study was trying to see if there was any truth to the old wives tale doing the round of ‘sports nutritionists’ that ribose supplements would enhance athletic performance.

For a while, researchers have known that giving a simple sugar called ribose to heart patients after surgery can help with their recovery, but studies on healthy people had shown no particular benefit (and sometimes quite a bit of danger, but that’s a story for another day).

The rowing study decided to test out the theory on rowers by giving them 10g of ribose dissolved in one cup of water (250ml) before and after training for an eight week season.  Like all good studies they had a control group which they decided to give the same amount of glucose instead.

The researchers then recorded the racing times for the crews over 2,000 metres (a standard race distance for that level of rower).  The ribose group’s performance did improve (by 5.2 seconds) over the season.  But that’s about what you’d expect from 8 weeks of training.  So bad news for the ribose supplement crowd.

The really interesting news was in the control group (on glucose).  They improved on average 15.2 seconds over the distance.  Three times as much!  Just by giving them a bit of glucose in water.  Now if you don’t think that sounds like much you’ve obviously never sat and waited that long for your crew to finish after the first boat crosses the line.

To give some perspective on that time difference, a different study on US female college rowers looked at what difference a rower’s experience made to how well she rowed.  They concluded that someone with 3 years of rowing experience at college level would on average row 2,000 metres 32 seconds faster than a girl with no experience.  Against that background, over 15 seconds from a glass of glucose water before and after training looks like a very big deal.

A different study (not about rowers, so I almost missed it) out of Greece (to be published in the June 2009 edition of International Journal of Clinical Practice) suggests that the fructose in traditional sports drinks may lead to low potassium levels (particularly if caffeine is also present such as in cola and guarana drinks) and this in turn could lead to muscle wasting.  This is on top of all the other great things the fructose does for you.

Drinking sugar water before and after sport is not a new invention, but what these studies suggest is that if that drink is 2 teaspoons of glucose (dextrose) in a cup of water, then significant performance improvements could be expected.  Athletes (and tragics) of all types should take note. 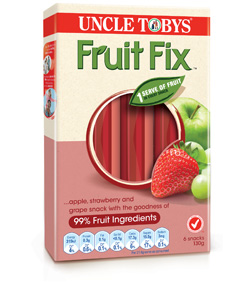 Telling lies to children (and their parents)

Telling lies to children (and their parents)