How much Imitation Food did you eat today? 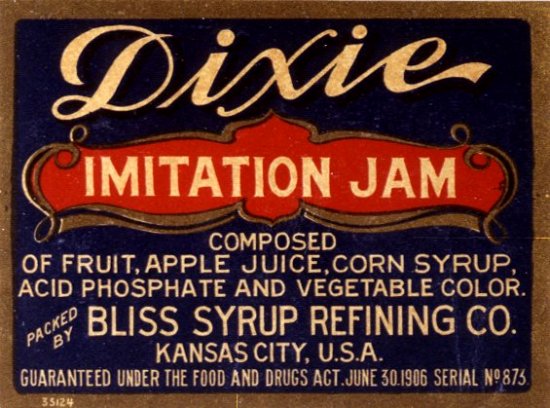 In these days of regulated, well, everything, it is easy to forget that we are not far down the track from a time when food was regularly adulterated in search of profit.  Milk (and beer) was watered down.  Bread was padded out with Plaster of Paris and sawdust.  And jam was stretched with sugar and pectin to save on costly fruit.

Some of these changes were just plain dangerous.  Some were not likely to be immediately harmful, but did mean the consumer wasn’t getting what they paid for.  To deal with the grey area between adulteration (with, say, sawdust) and cheating (with, say, water or sugar), in 1938 US legislators introduced laws that required that ‘Imitation Foods’ be clearly labelled.

The FDA (Food and Drug Administration) was authorised to create legally binding ‘standards of identity’ based on “the time-honored standards employed by housewives and reputable manufacturers”.  These were recipes which specified what well recognised foods such as cheese, or milk or bread or jam (for example) must contain and in what quantities.  The FDA attacked the task with gusto and by 1950 about half of all food sold in the US had a standardised description.

This meant that if you wanted to make a jam with less fruit than the standard you could do so but it had to be clearly labelled as Imitation Jam.

You don’t have to be a marketing genius to understand that your product might not fly off the shelves with ‘Imitation’ stamped on the front.

The food industry wasn’t a fan in the 1950s but they became even less of a fan by the 1970s as the market for low-fat food really took off.  And they weren’t alone.  The American Heart Foundation was keen to get Americans to switch from animal fats to vegetable oils (to avoid cholesterol) and generally lower the fat in their diet.  But vegetable oils were rarely part of the traditional descriptions of these foods and the amount of fat was specified by law anyway.

Sustained lobbying by the food industry and the Heart Foundation resulted in the laws being changed in 1973.  From then on a food did not have to use the word “Imitation” as long as it had the same level of nutrients as the original.  Calories and fat were excluded from the requirement.  So as long as your Cheese like substance wrapped in plastic had the same vitamins and minerals as the real deal, it could be labelled as Cheese.

One of the most obvious results of that twisted logic is now available in your local supermarket.  There you can purchase a substance which describes itself as having “The protein, energy and fibre of 2 Weet-Bix and milk”.  The actual ingredients of Up&Go are (in descending order by weight):

You might be tempted to call that ‘Imitation Weetbix and Milk’ but as no Weet-bix appear to be involved, ‘Imitation Sweetened Milk’ is probably closer to the mark.

I’m sure that does add up to the same amount of protein, energy and fibre as Weet-bix and milk but I suspect that an appropriate amount of sawdust and offal would too.

Assuming anyone still wanted to sell food labelled that way, it would make the shopper’s task significantly easier.  There would be no chance you would accidentally buy food containing vegetable oils as they would all be labelled as Imitations.  It wouldn’t eliminate sugar but at least the foods which contained sugar would clearly list sugar as an ingredient (rather than things like juice concentrate or pear extract).  In fact all the ingredients would be recognisable and the list would be much shorter.

This kind of change would result in almost all the contents of a modern supermarket being labelled as Imitation Food.  Yes, I know there is no chance of this happening.  Industry would fight it tooth and nail.  Very real and very large amounts of money would be on the line.  And that just shows how much we have lost control of our food supply – in the space of less than one human lifetime.

The 20th century will go down as the century when mankind surrendered the ability to prepare their own food (or at least know the person who did).  We surrendered that right to corporations motivated by nothing other than profit.  And the result is mass epidemics of chronic disease, the likes of which humankind has never before experienced.  This is not a coincidence, it is a consequence.  And it will end badly for us and our kids.

Removing imitation labelling requirements did not cause the disaster but it certainly and massively accelerated it.  Don’t be a victim of the corporatisation of our food supply.  Eat Real Food, that is, food that is assembled from recognisable ingredients.  Oh, and ditch the sugar. It’ll kill you whether it’s labelled properly or not.

Also published on The Juice Daily 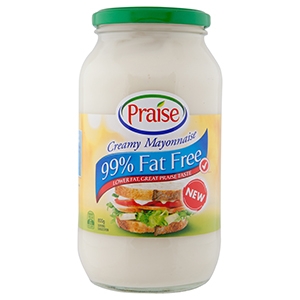