Cancer on the rise, but it’s the same old (useless) prevention advice 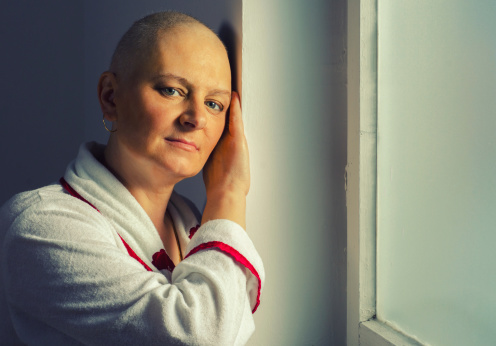 According to a new report from the WHO (World Health Organisation), more than forty three thousand Australians died from cancer in 2012. And despite huge advances in treatment, it is now the single biggest cause of death in Australia. Prevention is clearly the key to changing that future. Unfortunately those charged with advising us are blind to the real cause of this lethal epidemic.

It’s an unfortunate reality but we all know someone affected by cancer. And most of the people we know neither smoke, nor drink excessively nor live obviously ‘unhealthy lifestyles.’ And yet they have all been cut down often in the prime of their lives.

The latest report on Cancer from the WHO provides some hard data to support that feeling of unease. It reveals that in the nine years the report covers, cancer diagnosis in Australia increased by an alarming 14 per cent. In 2003, 274 Australians per day were diagnosed. In 2012, it was 312 people. Per Day! Worse than that, the authors of the report expect that number to almost double in the next twenty years.

Sadly having identified the problem, the advice on what to do about it is the same vapid nonsense that we have received for the last three decades. We should stop smoking, stop drinking and “maintain a healthy weight.”

In 2012, Lung cancer accounted for 8.9 per cent of Australian cancers and it is irrefutably the case that smoking is the cause for the vast majority of lung cancer cases. The good news is that the number of Australians smoking and consequently the incidence of lung cancer has been in steady decline since the early 80s. So while smoking clearly causes cancer it is not responsible for the rise in cancer rates in the last decade.

Equally, the studies show some level of correlation between alcohol consumption and rates of some cancers (notably mouth, throat and liver) but for most cancers the association is weak. Many studies are quick to point out that any harder evidence is difficult to obtain because most people drink alcohol (making it very difficult to find a non-drinking population for comparison).

Australians are no exception, being among the world’s biggest drinkers, but our level of consumption has not changed much at all in the last twenty years. We drank about 10 litres per person per year in 1994 and in 2008 we were drinking 9. Once again it’s statistically difficult to pin the rise in cancers on the booze.

When it comes to weight, the science is even fuzzier. The correlations between obesity and cancer are certainly there but viable explanations as to why are very thin on the ground. Even rarer are trials (try none) which control for all the other possible explanations (most notably that obesity is just a symptom of overconsumption of something else that feeds cancer, such as fructose).

But there is one aspect of human nutrition and cancer that has been studied using a double-blind, randomized, controlled lengthy human trial. No correlations. No guessing about explanations. Just one dietary change which lead to just one powerful conclusion.

The trial was conducted in the late 1960s. It involved randomly allocating men to diets that contained animal fat (let’s call them the butter eaters) or diets where that fat was replaced with vegetable oils (the margarine eaters). After eight years, the butter eaters had half the rate of death from cancer when compared to the margarine eaters. And that’s even though the butter eaters had a much higher proportion of heavy smokers. It’s that simple, use vegetable oils for fat and humans die much more frequently from cancer.

In Australia today it is impossible to buy processed food which uses animal fat. There is one simple reason for this. It’s cheaper. All our packaged food is infused with cheap vegetable oils rather than expensive animal fats and our consumption of those cancer causing oils has inexorably risen as a result. Knowing this, the rise in cancer diagnosis is not a surprise. Rather it is the inevitable result of the profiteering ways of the processed food industry. And it will continue to rise for as long as we continue to consume these oils.

I am not a conspiracy theorist. The processed food industry are not intending to kill us. But when it comes to a choice between their profit today and whether you die of cancer in eight years, guess which wins. The science on this is old. But that does not make it any less sound. Vegetable oils cause death from cancer and the sooner our health authorities acknowledge that and stop telling us mend our ways (and often, to consume more vegetable oil), the safer we will all be. They need to stop blaming the victim.