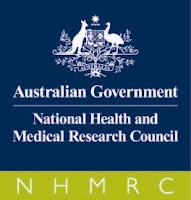 What do you do when a strategy you’ve been executing for almost 30 years is plainly not working? If you’re the nutrition hierarchy in Australia, apparently the answer is you just keep doing what you’ve always done.

In 1981, the National Health and Medical Research Council (NHMRC) published the very first set of guidelines aimed at making Australians healthier. They had published guides on what to eat since 1954 but these had been focused on the nutrients we need just to stay alive (rather than attempting to improve us).

The 1981 guidelines were different. For the first time they were aimed at preventing chronic diseases. Fat was blamed for the increasing rates of obesity and heart disease, so just like the American version (released a year earlier) our guidelines were focused on fat consumption, recommending we should ‘Avoid eating too much fat’.

And that’s pretty much how the guide has read for the last three decades. In short, fat makes you fat and sick and you should eat a lot less of it.

I very much doubt that anyone actually pores over the guidelines while they fill their shopping trolley, but many of us use them without realising it. They are the basis for the nutrition (daily intake) recommendations on every packaged food we buy. They form the foundation for every piece of advice any government agency or nutritionist gives us (from school canteens to hospitals). And every meal for our military forces is created using a policy based on the guidelines.

Because of this, the eat-less-fat message got through to us loud and clear. Between 1980 and 1995, the average Australian successfully decreased the amount of fat they were eating by 5% and the amount of cholesterol by a whopping 18%. We replaced the fat with carbohydrates (bread, cereals and sugar), increasing our consumption by 16.5%.

Unfortunately the obesity statistics went in exactly the opposite direction to our fat consumption. In 1980, two in five (39%) Australian Adults were either overweight or obese. By 2008, only two in five weren’t (62% were overweight or obese). In just 28 years, all that low-fat eating (or was it the high-carbohydrate eating?) had managed to increase the number people with a weight problem by 58 percent!

Heart disease sufferers didn’t fare much better. The number of people afflicted increased by 12% between 1989 and 1995 (despite significant advances in health care for heart patients in that period).

Evidence that fat makes you fat and sick was suspiciously lacking by the time the revised guidelines came out in 1992. And the proof that the theory was nonsense was there in spades by the time the third release hit the streets in 2003.

A comprehensive review of the evidence had been published in the British Medical Journal in 2001. It concluded that despite decades of research (and thousands of people participating in randomized trials), there was “still only limited and inconclusive evidence” that the amount or type of fat you eat makes any difference to your chances of death by heart attack.

The guidelines are currently being reviewed ahead of publication of new version (hopefully next year). So can we expect a sudden change of heart from the nutrition elite? The US experience suggests pigs may be approaching the runway before that happens.

The US guidelines are being reviewed this year as well, but they won’t be changing much because (according to Meir Stampfer, a Harvard professor of nutrition and epidemiology who worked on the 2000 guidelines) scientists on this year’s committee know perfectly well what the evidence says, but few researchers want to shake the status quo or risk confusing the public.

Here in Australia, status quo is definitely the name of the game as well. The draft update to the new NHMRC dietary guideline released this week takes 678 pages to tell us that not much will be changing.

And you don’t have to look too far to see why. The NHMRC is heavily dependent on the Australian Heart Foundation for scientific review of the evidence on fat and heart health.

Despite the fact that Heart foundation researchers have been publishing scientific reviews since 2003 that say things like:

none of that science has stopped them plastering their website with messages imploring us to eat less fat (or stopped them jumping into bed with margarine manufacturers and sugary snack makers). Maybe they’re scared the public (yep, you) will get confused by all that science?

For the last three decades the NHMRC and the Heart Foundation have been spending our hard earned tax dollars telling us to eat less fat (and by implication, more carbohydrate). For at least the last 10 years, that message has been demonstrably wrong.

Now I guess that would be merely irritating if they’d been telling us that parting your hair on the left caused bad breath (it doesn’t). But millions of real people have made daily decisions about what to shove in their mouth based on this advice (whether they knew it or not) with the direct result that they are significantly fatter and sicker than they were the day before.

Its time those we trust with our health stopped worrying about confusing our pretty little heads and started worrying about the fact that their advice is killing us. I’d rather be confused than dead. How about you?

Type II Diabetes is not inevitable

Type II Diabetes is not inevitable