Aldehydes cause cancer. So why are health experts telling us to consume them?

No-one would suggest smoking or drinking are good for us. But recently scientists have discovered the biochemistry of how they cause harm has a lot in common with seed oils. The difference is you get a choice about how and when you drink or smoke, but seed oils are now an inseparable component of the food supply and we are being actively encouraged to consume them.  Never before have so many been harmed by so few for so much money.

Yeast are single cell organisms which are part of the fungus kingdom. Like all organisms, their job is to win the replication game. Yeast win by killing the competition with their waste.  When they turn sugars into energy a by-product is ethanol, a substance which is lethal to most organisms. This is why it is a primary ingredient in Hand Sanitizer and disinfectants used to eliminate bacteria and viruses. Ethanol is also found in rotting fruit and vegetables and the active ingredient in alcoholic drinks.

Fruit is a naturally rich source of sugar, so as it rots, yeast produce more and more ethanol. Any animal that eats overripe or rotting fruit needs to have evolved a defence mechanism against poisonous ethanol.  In humans that defensive mechanism starts with ADH (Alcohol dehydrogenase), a group of enzymes which diffuse alcohol.

The ADH oxidizes ethanol into acetaldehyde, a Class 1 Carcinogen.  At first glance this is not the smartest thing to do.  Acetaldehyde is up to 30 times more toxic than ethanol. But we do it to buy time. The body diffuses an acutely toxic substance, ethanol, by turning it into a substance which while more toxic, takes longer to do harm. All being well, we use that extra time to oxidise the acetaldehyde to relatively harmless acetic acid (the primary ingredient in vinegar). We do that using ALDH (Acetaldehyde dehydrogenase) enzymes.

Acetaldehyde is the part of the process responsible for the consequences of alcohol abuse such as hangovers, nausea and ultimately liver damage and cancer. The longer it remains in our system, the worse and longer lasting those effects will be. We can however only process so much acetaldehyde at a time, so front loading the system by binge drinking means it stays with us for longer and does more harm.

For some people acetaldehyde can be even more dangerous. Up to 80% of people of Northeast Asian descent possess a mutation of ALDH which is less effective at diffusing Acetaldehyde.  This causes a condition nicknamed the “Asian Flush”. Their face goes red, they become nauseous, and their heart and respiration rates increase.  That reaction is sure to put you off the booze and the research shows people affected by Asian Flush are less likely to become alcoholics.

A similar logic is used with the drug Antabuse (disulfiram) which impairs ALDH, effectively causing Asian flush in people not otherwise affected.  It makes people less keen on drinking and is sold as a treatment for alcoholism.

The downside to Asian Flush and Antabuse induced Asian Flush is that it happens because it is slowing down the disposal of an extraordinarily toxic aldehyde. So while they are less likely to become alcoholics, these people are more likely to suffer the consequences of aldehyde exposure such as liver damage, dementia, and cancer.

Acetaldehyde is not the only aldehyde we are likely to encounter and it is not the only one that ALDH can deal with. It also diffuses Acrolein, one of the primary cancer-causing aldehydes created when plants are burned.  We are most likely to encounter acrolein in cigarette smoke but most smoke contains it. Even more importantly ALDH removes one of the most lethal carcinogenic aldehydes, 4-HNE.

4-Hydroxynonenal (4-HNE), first discovered in 1991, is created from omega-6 polyunsaturated fats. Nuts, seeds and legumes and the meat of animals that eat those things are the primary sources of omega-6 fats in the ancestral human diet.  Just as with limited ancestral alcohol and smoke exposure, our ALDH system has evolved to deal with the relatively small amounts of 4-HNE created by eating those foods.

But the modern diet contains a vast new source of those fats which dwarfs ancestral quantities, seed oils.  The invention and introduction of mass produced, cheap seed oils during the 19th and 20th centuries has resulted in the average person increasing their consumption of omega-6 fats more than 10 fold, well beyond any evolutionary limit.

Seed oils are extracted from seeds (such as Canola/Rapeseed, Sunflower, Safflower, Grape, Corn, Almond, Cotton, Hemp and Sesame) or legumes (such as Soy and Peanuts).  They all have one thing in common – very high levels of omega-6 fat. They are marketed as heart healthy vegetable oils and have received Dietitians’ seal of approval. This is why, since the 1990’s almost everything on the supermarket shelves contains it. And why everything cooked in a fryer in a restaurant or a burger ‘restaurant’ or a fish and chip shop is fried in it (although Maccas resisted Heart Foundation pressure until 2004 and KFC held out until 2012). Even the humble take-away sandwich is swimming in the stuff.  It is in the margarine smeared on the canola filled bread and the primary ingredient of the mayonnaise or most other dressings.

Our body creates 4-HNE from the seed oils we eat.  But that isn’t the only source. We directly consume it as well.  4-HNE is produced when food containing seed oils is cooked.  If we are nearby when it is cooking, we will inhale it directly. And if we then eat that food we are, in effect, receiving a double dose.

Just like acetaldehyde and acrolein, 4-HNE is dangerous because, when it exceeds our ability to remove it, it reacts with DNA and proteins that are critical components of our cells.  Accumulate enough damaged DNA or proteins and those cells begin to malfunction or die.  This is why 4-HNE has (so far) been linked to Alzheimer’s disease, Parkinson’s disease, Multiple Sclerosis, Heart Disease, Stroke, Type II Diabetes, Liver disease and almost every form of cancer.  It is so diabolical that when created or consumed in excess, it even alters the parts of our DNA which defend us against cancer.  It not only causes the attack but also disables the defence.

Messaging around smoking and the consumption of alcohol is clear.  They are not sold as health foods.  And it is up to us to choose how much of these substances we are exposed to.  ‘Heart Healthy’ Vegetable (really seed) oils are significantly more dangerous and yet have been relentlessly promoted by our peak health bodies ensuring they are everywhere in our food chain

Aldehydes produced by drinking and smoking are dangerous, but they are insignificant compared to those produced by consuming ‘heart healthy’ oils. The science on this is new but it is not so new that those we trust with our health should not be aware of it.  And yet, they continue to behave like sales agents for the seed oil industry.  This must stop now. 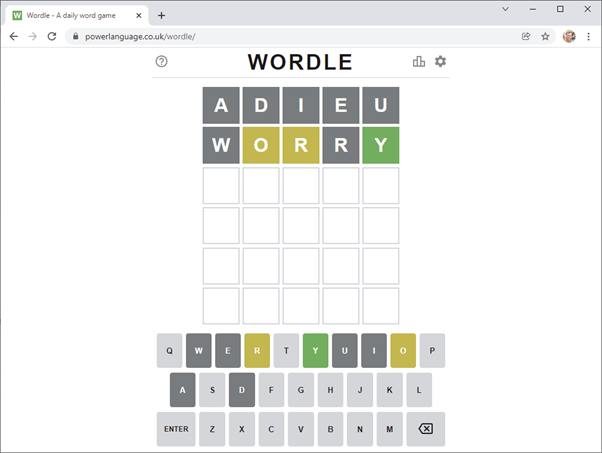