Last week the British Medical Journal did something that the ABC, our so called independent broadcaster, was terrified to do just a few months earlier. It stared down an attack from the pharmaceutical industry over articles it had published on the dangers of statins (cholesterol lowering drugs). But it’s not too late for the ABC to stop behaving like a drug company marketing department and start behaving like an independent national broadcaster.

In October 2013, Dr Maryanne Demasi, produced a two part series for the ABC’s Catalyst program. The first part suggested saturated fat and cholesterol do not cause heart disease. The show was enormously popular, pulling an audience of 944,000, something which is unheard of for the staid science doco. But it was the promo for Part 2 that really lit up the switchboard.

The Second Part promised to delve into statins, the ubiquitous anti-cholesterol drugs prescribed to a third of Australian adults over the age of 50. Even before it was aired there were strident calls for the show to be killed. One particularly hysterical radio presenter even warned that watching the show may cause people to stop taking statins – something that “could kill them.”

Nevertheless, in a rare display of courage, the ABC risked our lives and ran the show anyway. As promised, it dared to suggest that statins are not everything the marketing spin would have us believe. They are frequently prescribed for people where there is no demonstrated benefit, and they present significant and potentially life threatening side effects. Almost a million Australians tuned in and, as you might expect when a multi-billion dollar revenue stream is on the line, the backlash was intense.

The ABC did what it should do in such circumstances, it launched an independent investigation. Six months later, the ABC’s independent Audience and Consumer Affairs unit presented the results. They found the first show was accurate and impartial and neither the ‘for’ or ‘against’ arguments were misrepresented. But when it came to the second part they found the show failed to mention that statins have benefits when it comes to non-fatal outcomes (for people who have already had a heart attack).

As the problem was a failure to disclose relevant information, the recommended remedy was to provide that information on the ABC’s website. Unfortunately at this point the ABC went to water. Instead of uploading a statement to that effect and moving on, the ABC Managing Director, Mark Scott, decided censorship was the way to go.

He ordered the immediate removal of both programs from the ABC website and also hunted down the copies which were by then appearing on YouTube. They were to cease to exist. Everybody should immediately forget there was ever any such thing.

I get it. The ABC copped a lot of flak from the drug companies and they are very big and very scary. But that is no reason start behaving like a third world despot. The whimpering failure of the ABC to stand up for its story (and the journalist who produced it) is all the more pathetic when compared to the steely resolve displayed by the British Medical Journal over the same issue just last week.

At the same time as the Catalyst show was airing, the BMJ had published an article which questioned the evidence behind statin use in Britain. Like the Catalyst story, the paper claimed that the risks (from side-effects) outweighed any potential benefit. A related article published the same week suggested side effects occur in 18% of people taking statins.

The expected complaints flooded in. Leading the charge was Sir Rory Collins head of an organisation which had received well over a quarter of a billion pounds in drug company funding in the previous two decades. He wanted the ABC solution – immediate disappearing of the articles.

As you might expect, the BMJ launched an independent investigation. Their report, delivered last week, found a minor correction was needed and that nothing else was required. There was certainly no cause to remove the papers. They also pointed out that it was very difficult to determine whether statins were safe or not because the drug companies refuse to make the trial data publicly available.

Statins now consume 1 in every 7 taxpayer dollars spent on drugs in this country. When we choose to spend that much on statins, we are choosing to deny patients access to many other potentially lifesaving treatments.  But statins are not cures for anything, they are a barely effective preventative measure. For most of the people taking them there will be no benefit whatsoever. Worse, there are increasingly obvious signs that statins could inflict serious harm.

Rather than promoting an honest discussion of the evidence (well, at least the evidence the drug companies will let us see), our National Broadcaster purged the internet of even the remotest suggestion there is anything wrong.

ABC, we depend on you to display the backbone shown by the BMJ. We need you not to cave into crass commercial interest at the first whiff of controversy. You made the wrong call. The BMJ has made that abundantly clear. But it’s not too late to salvage your reputation. Reinstate the programs and do it now.

Oh, and just to show you haven’t been bought off, you could commission a Third Part to the story. It could investigate why taxpayers are paying for drugs whose side effects data are being actively suppressed. How’s that for an idea? You know where to send the royalty cheque. 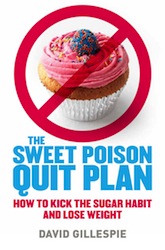 Addicted to the sweet stuff? Here’s how to cut sugar from your diet

Addicted to the sweet stuff? Here’s how to cut sugar from your diet