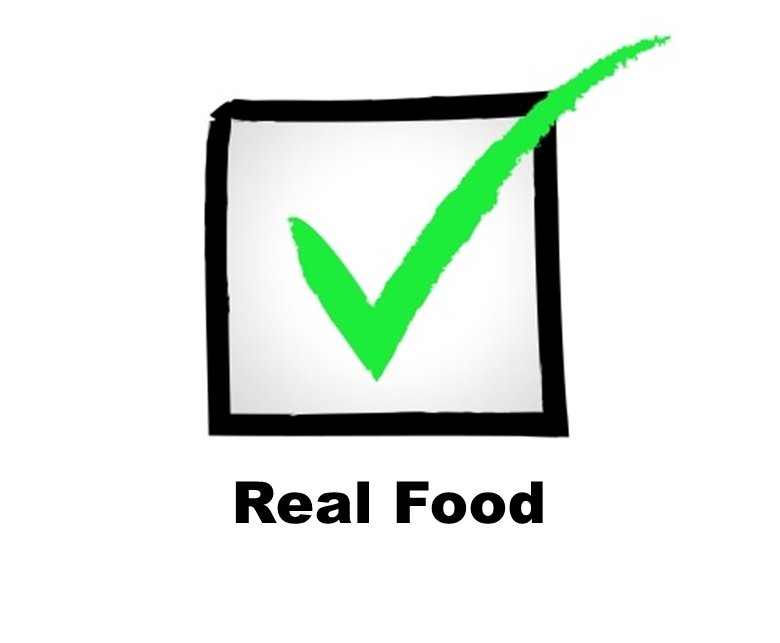 Most modern deaths are caused by diseases which barely affected anybody 200 years ago.  And the science says that between them, sugar and seed oils are responsible for almost all of those deaths.

The twin innovations of commercial sugar production (which made food addictive) and seed oil manufacture (which made food cheap to construct) has completely transformed our food supply in that timeframe.

Almost every packaged food now contains significant quantities of sugar or seed oil or (more usually) both.  But far worse than that, it almost impossible to tell from that packaging (other than the fact that there is packaging, that is) whether a given food is safe or not.

I propose a simple way to tell the difference.  Introducing, the Real Food Tick of Approval.  The rules are very simple:

To see how this works in practice, check out my free, foods database.  In it I have applied these rules.

The database is not perfect, it is using an automated formula (which tries to use fibre content to guess which are whole foods) to do the coding.  This means it doesn’t properly take account of Rule #1 (at this stage), so there will be obvious errors – but you get the gist.

Most things coloured green would get the Real Food Tick.  And the application of a little nouse would eliminate the obvious exceptions (for example Apricots in Intense Sweetened Liquid)

Most of those coloured yellow or red would not qualify. But there are whole foods which are particularly high in fructose (for example a Pink Lady apple) or Omega-6 (for example Peanuts).

Neither of these whole foods are coloured green but Rule #1 says they should qualify.  With those I would suggest, they still deserve the Tick (because they are whole foods), but it should be a yellow tick rather than a green one, merely to indicate that more than one serving of these foods should not be consumed.

I’d love to hear your thoughts (in the comments below) on the proposed Real Food Tick.

Graphic based on an Image courtesy of Stuart Miles at FreeDigitalPhotos.net