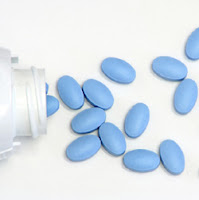 Good news!  They’ve discovered a treatment for – ahem – ‘erectile dysfunction’.  I bring this to your attention because if you don’t regularly, drive (especially with small children in the car on roads which have billboards), watch television, listen to the radio or read the newspaper, this will have surely escaped your notice.

And it’s not a moment too soon.  The number of men suffering this malady is skyrocketing at a rate only equalled by the growth in obesity, type II diabetes and heart disease.  There aren’t many studies on it (men seem strangely shy about participating in such research). But we don’t need boffins in white coats when we have public sales data on the ‘cure’.

There are drugs that really do help and so their sales are a reasonable approximation of the need.  The most famous is Viagra, which first hit the market in 1998.  In the first year Pfizer, the drug’s maker, sold US$1 Billion of the stuff.  By 2006, it was moving around US$1.6 Billion worth of Viagra a year.

You don’t get to keep a honey pot like that to yourself for long.  Bayer and Eli Lilley launched competitive offerings (Levitra and Cialis) in 2003.  By 2006 they were moving a combined US$1.5 Billion worth of the drugs (for a total market size of $3.1 billion per year).  They estimate that that the combined customer list for all three drugs is over 300 million men worldwide. Current estimates put the number of US men affected at about 20 percent of the male population.

One of the more recent studies on the causes of erectile dysfunction confirms you are more likely to suffer from it if you also suffer from heart disease, hypertension or diabetes.

Viagra, Levitra and Cialis work by encouraging the production of nitric oxide, a critical element in making all the relevant muscles relax enough to encourage inbound arterial blood flow and the squeezing shut of the veins to keep the blood in place long enough to be useful (so to speak).  In other words they temporarily fix the lack of nitric oxide which causes the problem in the first place.

Tell me you’ll be surprised to find that one of the many side-effects of fructose consumption is a massive decrease in nitric oxide production.  Go on, tell me, I dare you.  It should also then come as no particular surprise that erectile dysfunction is so closely aligned with the other symptoms of overindulging in fructose, namely heart disease, obesity and type II diabetes and that the number of men needing assistance is also increasing.

The trouble with drugs like Viagra is that while they do definitely work, they require a prescription.  Which would be fine if it was a ‘woman’s issue’.  But for men, that’s akin to suggesting we take out a front page ad about our – ah- issues.  Playing on men’s reluctance in this regard, a new industry in alternative solutions (of the nasal delivery kind) has sprung up to service the need for discretion.  The nasal delivery drugs are apomorphines which have been very soundly proven to be barely effective (when compared to Viagra), but that doesn’t stop people paying upwards of $4,000 for them.

Well gentlemen, the news really is good.  I have a solution which doesn’t require a prescription for Viagra or for you to drop 4 Large – stop eating fructose.  There that wasn’t so painful was it.